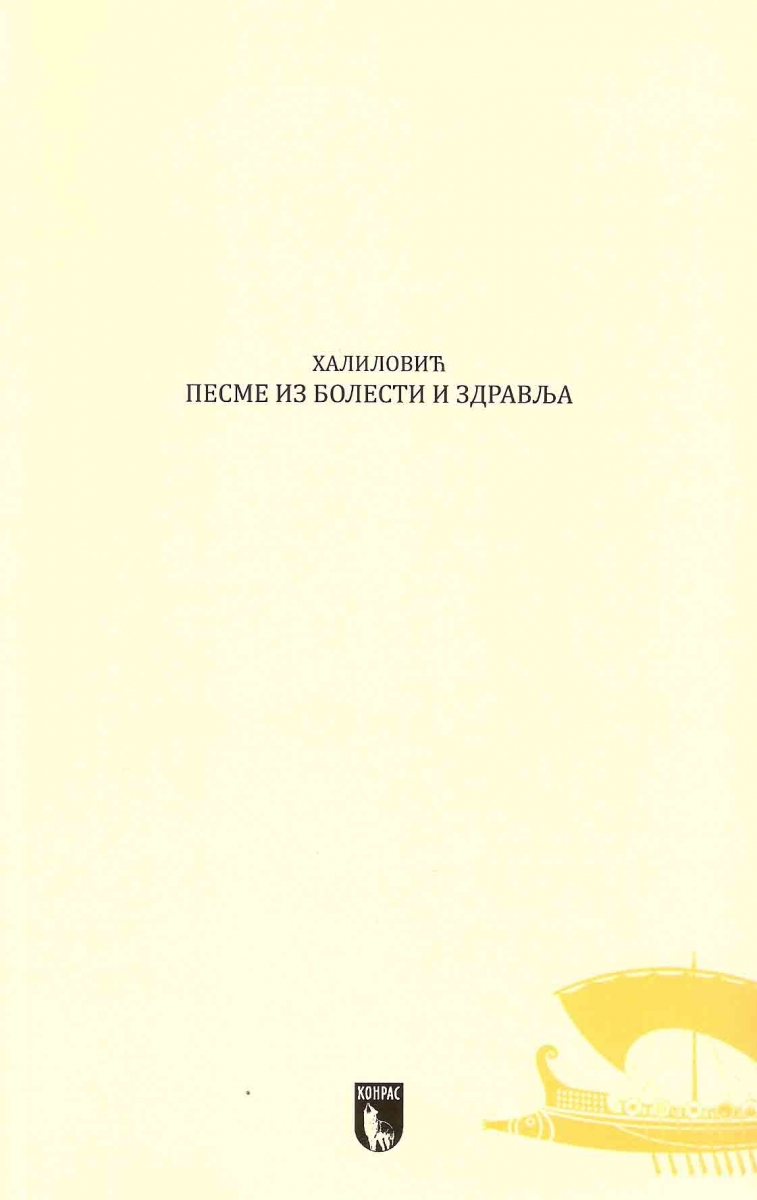 Enes Halilović (b. Novi Pazar, 1977) started the prominent literary journal Sent and published three books of poems prior to Pesme iz Bolesti i Zdravlja (Poems of sickness and health) as well as two books of short stories and two plays. Eighty-six poems in free verse make up this new collection.

He begins with a Khalil Gibran quote about illness and health. It’s retold as a tale as other poems, which are anecdotes, stories read or overheard, and rendered in stanzas resembling ghazals, haikus, or lists, in a witty, honest, even shocking voice. He uses ancient Greek, Roman, Egyptian, Christian, and Muslim references to speak about the present and himself as a poet—a Muslim living in the southern part of Serbia. His poems also deal with the issue of being ill and hospitalized, while in the background lurks the civil war between Christians and Muslims.

He compares poetry to prose and asks why one writes poetry when no one has asked for poetry at the library for a year except for himself. His poem “Working Temperature” describes how he falls in love with poetry at the end of each novel he reads. His relationship with poetry is like that of a thief lurking by, trying to steal what he wants. Poetry as a profession doesn’t pay. He continually struggles with this, yet it doesn’t stop him from conversing with other poets such as Homer, Horace, Rumi, Whitman, and Shakespeare. How can one live and go on with all the bad news around us, he asks in “Fruit Trees,” as did Adorno after the Holocaust.

In the middle of the book, he has a fourteen-part poem, “Zvezdara,” about his ulcer and hospitalization. Even at the hospital, he can’t live without poetry and easily debates with dead poets about his colonoscopy, or therapy. He jokingly writes, “All roads lead to the toilet. / Rome is now far away.” In a sense, in this poem he sees his youth dying away. He hopes his three-year-old son will have a better future, yet he “cries silently,” knowing the history of violence is bound to recur, as in “Bodrum” and “On Behalf of Life’s Lessons.” He is afraid of death, of occupying armies. Muslims in his community, including himself, had to circumcise their boys secretly during communist times in Eastern Orthodox Serbia.

He ends the book with a rather gloomy prediction of how not even reincarnation is news anymore, as it is preempted by news of “war, floods, and sellers of fog.” This moving book of contemporary poetry by Enes Halilović is essential reading. These are poems, in Gibran’s words, of “immeasurable beauty”—making art out of pain.