The Winter Sleep of Captain Lemass by Harry Clifton 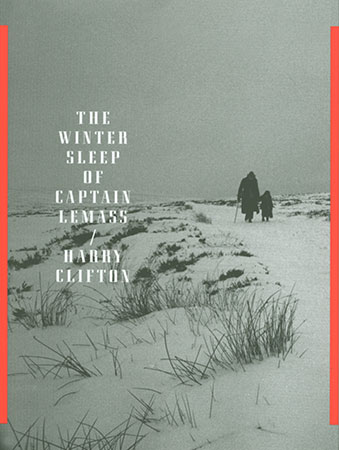 This complex, evocative volume takes up the theme of haunting and return so central to Harry Clifton’s work, and does so masterfully. It wastes no time, immediately placing us in a mesmerizing landscape that disorients even as it calls the past to memory. Ancestors stand ready to greet one who returns, who is “ready to try again” by immersing himself in an element both welcoming and uncomfortable. In these poems, history cannot be represented by an orderly museum, or time by an arrow. The fin-de-siècle images of “Little Jerusalem,” the magnificent opening poem, encourage us to contemplate our own moment, which may also be seen as a site of change: within it, an older dispensation is still present, but a newly secular, “deconsecrated” reality is our current dwelling. Likewise, the legacy of the Irish civil war is still alive, but in a new present. These poems insist that past identities are not shed like skins, but that they persevere like omnipresent, half-forgotten specters.

Echoes of Seamus Heaney can be heard throughout the volume, perhaps unsurprisingly so, since the elder poet’s interest in excavating an identity both personal and cultural—and doing so both diachronically, with a view to the long sweep of history, and synchronically, at precisely evoked moments rich with detail—is powerfully influential. So is Yeats, of course, whose phrases can be heard. Clifton engages public history but also knows how to cherish moments when time and space seem to collapse, and when the mind allows sensation to govern thought.

Disinheritance and defeat are conditions that are not only political, and while Clifton’s poems attend closely to their temporal moment, they are not stifled by it. His understanding of identity is historical but not always individual: the lyric self slides rather smoothly into a plural “we.” Yet here is where the reader sometimes longs for more concreteness, more idiosyncrasy—one wants to encounter a human self, a personality. Even Yeats allowed himself to dwell within specific, individual emotions, and these are often unclear or evanescent in Clifton’s work. Its complex lyrical explorations of the unsolved mysteries of origin, loss, remembrance, and recurrence are enough of a gift to offer readers, though. The poet asks if he cannot find sacredness alive and flourishing, and if it cannot be beautiful and good; only a hardened cynic would say no.