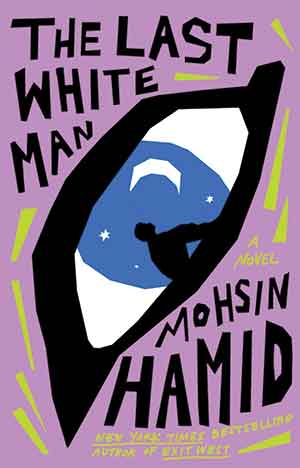 MOHSIN HAMID’S The Last White Man “spent two decades in gestation.” Written in response to Hamid’s experiences after the attacks of September 11, the novel imagines a world in which white people wake to find that they are no longer white. Hamid writes in his note to readers that “something had changed” after that day, and that it took him time to realize he “had lost [his] whiteness.” Even if he was not white, he felt his education and social class conferred upon him some of the “benefits of whiteness.” Suddenly, however, those privileges disappeared. And so goes the experience of Anders in the novel, who is one of the first people to wake up one day and find he is no longer white.

As Hamid did in his previous book, Exit West, he presents the reader of The Last White Man with magical realism as a fact. In Exit West, doors simply appear and allow people to migrate. In The Last White Man, Anders turns an “undeniable brown” in the first sentence. Instead of the magic being the story, the magic creates a foundation for Hamid to investigate humanity and, in the case of this novel, interrogate the construct of race that is “brought into our existence by our imagination, and from there it is deployed with real consequences.” Anders’s brown skin reflected in the mirror produces a “murderous rage” in him and compels him to punch his reflection. Anders does not leave his apartment for days, and when he does, he realizes that he moves through the world in a much different way, no longer benefitting from the anonymity he realizes was conferred with his whiteness. He realizes that “looking for his whiteness was the opposite of whiteness.”

The story of Anders intersects with that of Oona, his sometimes girlfriend who is mourning the loss of her brother through an overdose. She lives with her mother, a woman who falls for online conspiracies supported by white supremacy. When Anders exposes his new skin to Oona, their relationship deepens, a surprise to both of them. Anders also must begin to return to his life—he cannot stay in his apartment forever. His boss tells him “he would have killed himself” if he woke to brown skin. But more and more people begin to wake up and find they are no longer white. The anxiety of losing whiteness begins to manifest in violence in the streets, endangering Anders and forcing him to flee to the home of his dying father.

Father and son are not close, but the father realizes if he does not give Anders sanctuary, the militants will find and maybe kill him. The two enter a quiet ease with each other, the father unsuccessfully hiding his coughs and pain from his son, the son reluctantly accepting the rifle his father offers for protection. When Anders returns to his apartment, even more people have lost their whiteness. He is no longer in the minority. After the riots and violence incited by the initial—and at first rare—changes in people, a fractured calm returns to life as fewer and fewer people maintain their whiteness. When Oona changes, she is not surprised. She has anticipated this change, even painting herself with makeup to see what she will look like—to her mother’s disgust. But even they find a détente, just as Anders and his father do. The children losing their whiteness leads to each of them growing closer to their unnamed parent—and to each other’s parent by the end of the novel.

Hamid’s talent to tell a story efficiently shines in The Last White Man. With most of the paragraphs built of only one sentence, the novel tells the story in phrases, each one containing a full story of its own. One cannot blink when reading this novel; otherwise, one may miss an important detail of the backstory or an intimation of what is to come. For example, when Hamid recounts the encounter that refreshes Anders and Oona’s relationship, he moves the reader through several other stories of Oona’s in a one-sentence paragraph that uses twenty-nine commas to hold together the phrases. The novel is breathless in its pace and leaves the reader satisfied when finished.

The Last White Man continues Hamid’s tradition of using imagination to create new spaces for humanity to grapple with such issues as extremism, migration, and now, overtly, race. He ends his note to readers with a succinct summary of the goal of his work: “In order to have futures that do not cling monstrously to nostalgia for the past, we must imagine our futures—or rather, we must permit our imaginations futures to play with.” He accomplishes this goal with his fifth novel, The Last White Man. 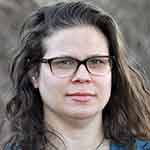 Colleen Lutz Clemens is professor of non-Western literatures at Kutztown University, where she is also director of the Women’s, Gender, and Sexuality Studies program. She began her career as a high school English teacher twenty-five years ago and has never fallen out of love with books.