The Colonial Conquest, Volume 1 of The Confines of the Shadow by Alessandro Spina 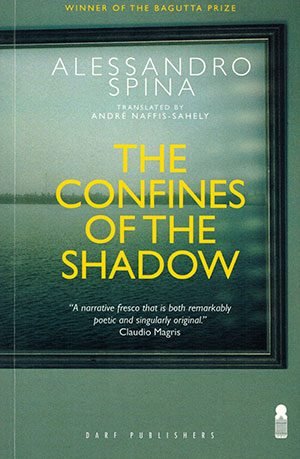 Few non-Western cities have penetrated our consciousness like Benghazi, Libya, following the 2012 attack on the American mission there, yet most of us know little about that city’s recent past.

The English-language publication of Alessandro Spina’s grand, historical novel about twentieth-century Benghazi is a welcome antidote. Spina’s ambitious work is divided into three volumes (with release of the second and third volumes forthcoming); The Colonial Conquest, spanning 1912–27 and comprised of three stand-alone novellas, is the first.

Spina’s colorful tales of unrequited love, betrayal, and revenge spring from a cacophony of diverse voices—indigenous peoples of all castes, Italian occupiers, ambitious foreigners seeking lucrative trade deals amid the turmoil of occupation—who despite fundamental differences share a felt burden: a public duty to uphold the values of their own society while experiencing private misgivings about the infallibility of those values. An Italian deputy governor in Benghazi questions his government’s insistence that the locals sign onto a treaty that promises them only a very limited role in their governance: “The bureaucrat is conscious of the divinity he is duty-bound to serve, and wants to extend its empire to the furthest edges of the world; but he is also tormented by the doubt that this divinity is the devil itself.”

A local sheik is compelled to mete out justice in response to a girl’s dishonor: “The unpleasant moment when one is forced to do what others expect of him was fast approaching. A judge is enslaved to the public will, as expressed by the law.” The actions of these men are prescribed by public obligations, but doubts weigh heavy on their ability to discharge them.

A few of the Italian occupiers long to be understood and befriended by the indigenous people. One of the many ways to interpret the confining shadow of Spina’s title, and perhaps the most despairing, quarters no hope for such understanding: “The indigenous peoples’ presence is a shadow that pursues us and mimics our actions. Either we return to our ships, or we exterminate them and push them away to more distant borders.”