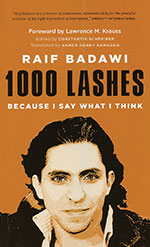 Saudi blogger Raif Badawi, winner of the 2015 PEN Pinter International Writer of Courage Award, was arrested in 2012 for “insulting Islam through electronic channels” and sentenced to receive a total of one thousand lashes. Badawi’s blog posts focus on the issues of religious extremism and freedom of speech. This book contains fifteen of these posts, translated into English for the first time. 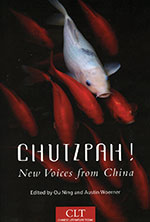 This anthology is a compilation of works by new Chinese writers, collected by the innovative literary magazine Chutzpah! Like the magazine itself, this anthology confronts the misconception of Chinese fiction as homogeneous. It showcases works that are not traditionally considered “Chinese” and therefore speak to the emerging notion of the sinophone. 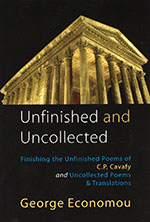 Rather than fulfilling the conventional job of a translator, George Economou uses his poetic disposition to translate and then complete the unfinished poems of the late Greek poet C. P. Cavafy. While Economou does not insist that he is the authority on how Cavafy would have finished the poems, he presents these poems as an artistic vision, written in the spirit of a classic poet. 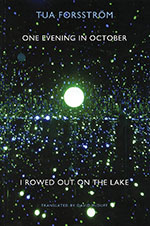 One Evening in October I Rowed out on the Lake

A Swedish-English bilingual edition of poems by the celebrated poet Tua Forsström, this robust collection of beautiful landscape imagery demonstrates Forsström’s keen eye for capturing the complexities of the natural world as well as the ambiguities that can arise in the tensions between nature and the human experience. 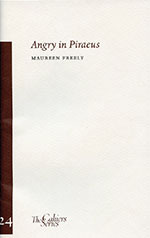 Maureen Freely is an American who was raised in America, Turkey, and Greece. A novelist, Freely is, perhaps, best known as a translator of Orhan Pamuk’s novels, but in this beautifully designed cahier, Freely shares stories of her upbringing as well as her journey as a writer and translator. The book also includes thought-provoking collages and illustrations by Japanese artist Rie Iwatake. 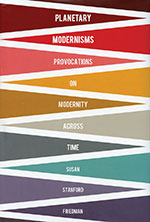 Susan Stanford Friedman deconstructs and analyzes the idea of modernity as a recurring phenomenon across millennia. By analyzing the works of writers across many times and cultures, Friedman argues that instances of creativity and innovation have occurred throughout history. Hailed as a groundbreaking book in the field of modernist theory, this book is bound to spark intellectual discussion for years to come. 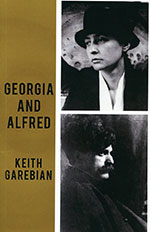 In this collection, Keith Garebian weaves his own poetry with journal articles, letters, and correspondence between artist Georgia O’Keeffe and photographer Alfred Stieglitz. Fueled by this innovative mix, Garebian reignites the fiery love between these two brilliant artists for readers to admire anew. 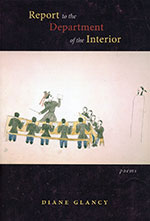 Report to the Department of the Interior: Poems

Drawing inspiration from the bureaucratic form and language of government reports, Glancy’s poems give voice to the Native American children whose self-identity was dissolved inside the boarding school system. The ghosts of students and educators alike come together in this dizzying tapestry of frustration, alienation, and assimilation that is haunted by the detached tone of Glancy’s word craft. 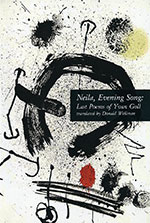 Blood and the violence of nature abound in these English translations of German poet Yvan Goll. In fragmented yet rich images typical of a modernist style, the poet evokes feelings of deep pain and anxiety but also possible alleviation through the nebulous figure of Neila, his transformative love. 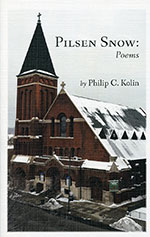 Kolin’s poetic tribute to Pilsen, a neighborhood in Chicago, is a touching reminder of the layers of history and immigration that make up the American story. While celebrating the rich Czech culture that defined his own upbringing, Kolin traces the careful lines of transmission to the Latino community that has inherited the sacred spaces of his childhood. The collection is beautifully designed and documents an important time and place in American history. 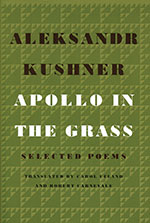 Apollo in the Grass: Selected Poems

Apollo in the Grass collects Kushner’s poems from 1988 through 2010, documenting obliquely not only Russia’s transition from Soviet superpower to democracy-in-progress but also Kushner’s ascent as one of the most admired Russian poets of his age. Fueled by the poet’s clarity of ideas, the translators’ precision of word choice, and a coy ongoing conversation with Russian poets of old, Apollo in the Grass is a wonderful introduction to Kushner’s sober yet lyrical verse. 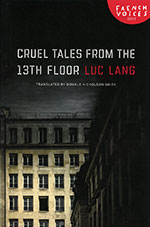 Cruel Tales from the 13thFloor

The short stories in this collection from French writer Luc Lang spill human frailty and weakness from the almost stream-of-consciousness narration that serves as the connective tissue between them. Always engaging, these challenging microfictions come together as a catalog of missed moments and regret, shared from a fixed perspective of a central narrator who always seems to be standing just outside the reader’s view. 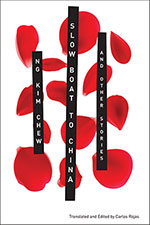 Slow Boat to China and Other Stories

A collection of Malaysian author Ng Kim Chew’s short stories, Ng writes about issues that are prevalent in the sinophone diaspora community, including ethnic tensions, globalization, and cultural heterogeneity. Integrating many different languages in his own writing, Ng speaks for those who do not fully conform to one culture or identity. 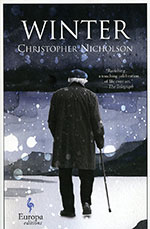 Winter inserts the reader into the last days of writer Thomas Hardy as he draws inspiration from a young actress who is slated to portray his most famous character, Tess, in a stage adaptation of the novel that bears her name. Nicholson’s lyrical prose recalls Hardy’s own fascination with time and place while humanizing a literary figure known for his obsession with love and the leaving of it. 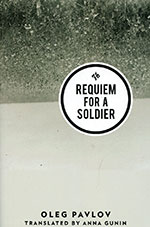 Requiem for a Soldier

Mining his experiences working as a prison guard in Kazakhstan, Oleg Pavlov completes his Tales from the Last Days trilogy with this surreal story that travels from the steppes to the land of the dead on the promise of an eternal tooth. Crafted with equal measures of dark humor, allegory, and historical remembrance, Requiem for a Soldier is the perfect passport into the modern Russian novel. 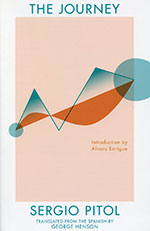 Mexican writer, translator, and diplomat Sergio Pitol blends fact and fiction in this second part of his Trilogy of Memory as he explores his time as ambassador to Czechoslovakia as well as a trip to the Soviet Union as cultural attaché. Witty, engaging, and regularly dizzying with its shifts between the real and the absurd, The Journey lives up to Pitol’s reputation as one of Mexico’s most intriguing writers. 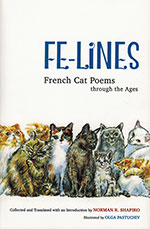 Well-known poets such as Baudelaire and others who have never been translated into English explore the complicated relationship with man’s best frenemy and Internet obsession, the cat. With beautiful illustrations and poems of every age and form, this book will please everyone (except dog lovers). 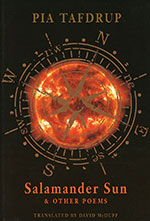 Salamander Sun and Other Poems

This book compiles the two most recent collections from Danish poet Pia Tafdrup. The first, The Migrant Bird’s Compass, is a meditation on travel, ranging from the geographical to the spiritual. The second, Salamander Sun, contains sixty poems representing each year of the poet’s life. McDuff’s translation of Tafdrup’s poetry is uncluttered and maintains a personal approachability consistent with the content. 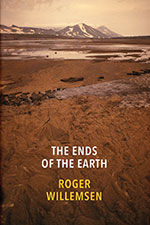 The Ends of the Earth

German writer and television correspondent Roger Willemsen delivers this engrossing collection of travel essays that carries the reader to exotic locales while exploring the psychogeographical links that draw them all together. In exploring places considered foreboding by others, Willemsen reminds us of the indomitable human urge to inhabit and understand our environment, however extreme. 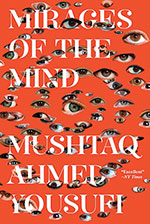 Mirages of the Mind

One of Pakistan’s most beloved storytellers, Yousufi rummages through memories of colonial India and the political rupture that birthed Pakistan with a gentle touch to evoke both humor and melancholy in this collection of stories. Translated from Urdu with great skill and care by Reeck and Ahmad, Mirages is an exceptional glimpse into a volatile time for Indians and Pakistanis alike.