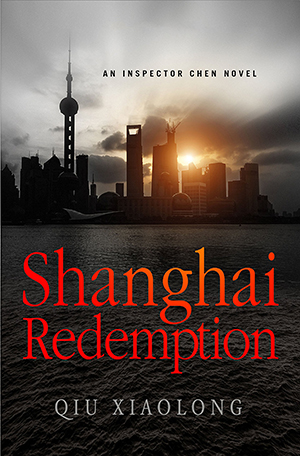 Those unfamiliar with Qiu Xiaolong’s Inspector Chen series may want to read all or some of the earlier novels prior to reading this newest one, if only to better appreciate the ways in which the central character and his circumstances are brilliantly developed with each installment (see WLT, May 2009, 55–58). Of them all, this is one of the finest novels in the series, matched only by The Mao Case.

Inspector Chen is a police detective in modern China who is frequently called upon to handle cases that have political sensitivity; he has risen to a position of substantial authority and recognition precisely because in solving cases, he has been able to keep the Communist Party interests and public image in mind. Chen is a man who loves Yang poetry and that of T. S. Eliot; he is somewhat introverted and private but also fully competent in dealing with people and the complexities of the cases he handles. As might be expected, his sensitivity and intellectuality are frequently struggling against the compromises his position requires. Being fair-minded, he is constantly striving for legal and moral justice in situations that require finesse, discretion, and sometimes compromise. He is often asking himself where his main loyalties and responsibilities lie, with his conscience or the greater good stipulated by party bosses. Sometimes they match, but frequently they do not neatly coincide.

Reading these novels, one feels a deeper understanding of contemporary China as well as some sense of how an intelligent, sensitive individual might feel inside the current political, post–Mao system, especially the ways in which one might have to navigate among the delicate and not-always-clear boundaries of political correctness. One of the greatest consequences, psychologically speaking, is exampled page after page in the internal contemplations of Chen himself, his constant self-counsel, and his careful editing of his speech to cloak some of his motivations and thoughts, which if shared publicly could result in imprisonment or worse. While these internal precautions are part of any thoughtful person’s process, the political system in which Chen finds himself intensifies his situation to the point of a barricaded loneliness, an island among islands in a system designed, ironically, for greater social unity.

All this comes to its greatest tension in this newest novel. I am reminded of Camus’s short story “The Guest,” in which Daru, the main character, is impossibly caught between the demands of the colonizing French and those of the pre-rebellion Algerians, while trying to live a private life without siding with either. His central conflict is that of Chen’s: an individual’s responsibility to himself (his values) versus his responsibility to the society of which he is a part. The stakes are high for Inspector Chen. We won’t divulge anything further. An intensely pleasurable reading experience awaits.