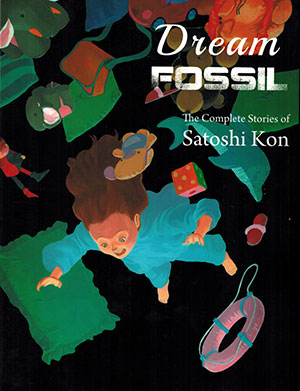 Famed writer and director Satoshi Kon is well known for his dark and whimsical films such as Perfect Blue and Paprika. His films question how we perceive reality, criticize how we consume pop culture, and give us a glimpse into his dream world. Despite his passing in 2010, fans can still get more of his work in the newly published anthology Dream Fossil. The anthology is a collection of short manga that were written by Kon and published in a series of magazines in the 1980s, including the award-winning “Toriko,” written in 1984. Finally, all of those short stories have been collected and can be read in one place.

Reading Dream Fossil is to retrospectively watch Kon grow into the artist who created such dark, gritty, and emotional pieces of work that stand out not just to anime fans but to film lovers in general. In this anthology, you can see this genius developing, particularly in how he thought about obsession. The story “Horseplay” particularly addresses the culture around baseball and how obsession with the sport, its players, and fame can drive one crazy to the point of violence. In other stories, such as “Carve,” Kon’s close relationship with Akira’s creator, Katsuhiro Ōtomo, is apparent as he addresses the concept of human consciousness and how the boundaries of human consciousness can be pushed to the breaking point. The one theme consistent throughout these stories is Kon’s attempt to develop and articulate his stance on the increasingly technology-focused world around him.

Despite this feeling, not every short story in the anthology is striking, and some are honestly a little boring. This is a collection of his early work, remember, and while Kon was a genius, not every story he created was a home run. But the characters at the center of each story are what keep you reading. Kon has a way of making small snapshots of life both whimsical and relatable, from the beauty of falling in love to the awkwardness of sexual arousal. These stories span from the past, present, and future, and all try to explore how humans interact with one another in such a violent and turbulent world.