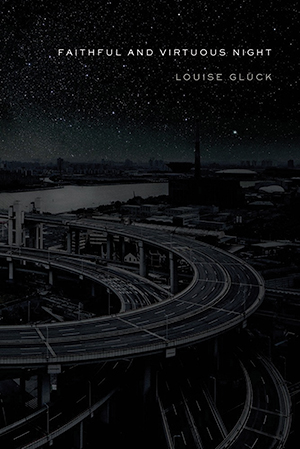 It is not unusual that a poet entering her eighth decade should be preoccupied with the subject of mortality, but what is surprising in Louise Glück’s latest collection is the distinctive tone through which the poems are filtered, a tone that kaleidoscopically shifts by turns from innocence to disenchantment, amazement to detachment, euphoria to irony. The essence of mortality that emerges is inherently paradoxical and circular in movement just as the brightness of day continually darkens into night, we are propelled forward into a future that perpetually moves us back into the past. There are formal surprises in this new collection which recently won the National Book Award as well: an intricate narrative structure conflating the stories of child, knight-explorer, and artist, and the insertion of a series of abstractly metaphorical prose poems that have the feel of Kafkaesque fables.

The collection takes its title from an Arthurian tale being read by the child narrator’s brother, who has mistakenly interpreted the word “knight” for “night.” For a child, of course, such a confusion is natural, a corollary of his fantasy world and nighttime dream life. But in the circular accelerations of time, the exhilarated knight bent on a heroic quest mysteriously morphs into a world-weary adult approaching the end of life: “I became / a glorious knight riding into the setting sun, and my heart / became the steed underneath me. // I was, you will understand, entering the kingdom of death.”

The divergence of a vision of promise into sudden closure is echoed in a subsequent prose poem in which a fortune-teller assures a child of greatness as a ruler in a previous life, though “right now you are a child holding hands with a fortune-teller. All the rest is hypothesis and dream.” Through such swift, disconcerting tonal fluctuations, the poet traces the elliptical trajectory of mortal life, the speed with which a spirited launch becomes a contrasting end.

The setting for a significant number of these poems is night, with its capacity for evoking dream. The speaker of “A Sharply Worded Silence” compulsively returns to a dreamlike conversation with an old woman in a park at nightfall in an attempt to decipher its elusive meaning. But she finally concludes that the most haunting, cryptic moments of life are meant to be understood not through spoken words but through the enduring force of silence, a lesson embedded in her own past: “so I realized, my mother used to speak to me, / her sharply worded silences cautioning me and chastising me.” A similar epiphany occurs in the middle of the night after the speaker of “Visitors from Abroad” answers an insistently ringing phone only to find silence at the other end. The combined phenomena of snow, silence, and darkness produce a trancelike encounter with her dead parents, during which her mother accuses her of forgetting her family. But having now lived long enough to understand how inextricably her present is linked to her past, the daughter evenly denies the charge, replying, “Every time I say ‘I,’ it refers to you.”