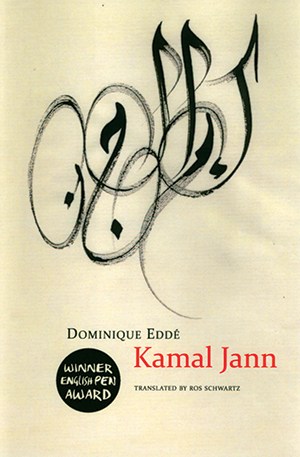 The only fully functioning police state I have had personal experience with is Syria, which I visited twice in the 1980s, when Bashar al-Assad’s father was in charge. I was told before I went by someone in a position to know that the minimum penalty in Syria for even a mild political transgression would be a good beating at the hands of what the translator of Eddé’s gripping novel, first published in Paris in 2012, renders as “the Mukhabarat” (i.e., the General Intelligence Department), “the most feared intelligence service in the Arab world,” as the wife of Sayf Eddine Jann, its director, refers to it.

Much has happened in Syria and the Middle East since the eighties. But from Kamal Jann’s opening paragraphs we are aware that great brutality, deceit, and constant jockeying for power remain the warp and woof of the Syria, and the wider world, depicted in its pages. A vigorously conceived character who commands our attention despite the mercilessness of his behavior, Sayf Eddine fears he is now beginning to lose control over the country he has been prominent in controlling for decades. Sensing his loss of power, his wife poisons him, partly in an attempt to preserve her own life.

One of Sayf Eddine’s barbarities has been the murder of his brother and sister-in-law and the sexual molestation of Kamal, their son. He has, however, paid for his nephew’s elite education in the US, where Kamal now uneasily prospers as a Manhattan lawyer. A “Jann . . . consumed by his past” and by his ongoing membership in a still-prominent family, Kamal agonizes over his role and the “legacy” he does not know whether to “defy, preserve, or destroy.” His guilt-stricken cousin Wafa confronts a similar dilemma; her illegitimate son, taken away from her at birth, now contrives to enter her life. Wafa ties together the power politics of family and those of clashing nation-states and ethnic groups by wondering aloud if the “downfall of the Janns is the beginning of another downfall.” Overwhelmed by horror, anger, and disgust, Kamal himself lives up to his family name, which translates from Arabic as “to go mad,” by delivering a lengthy and offensive rant to his wealthy and influential friends, Arab and Western.

Occasionally self-indulgent and marred by longueurs, Kamal Jann is yet a novel of considerable power.