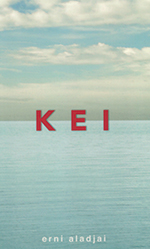 The lives of two people from opposing backgrounds on the Indonesian island of Kei intertwine during the violent sectarian religious conflicts that took place at the beginning of this century. Kei is written in a beautifully realistic, sensitive tone. At its core, the book examines themes of homecoming, family, religion, love, and loss of home. 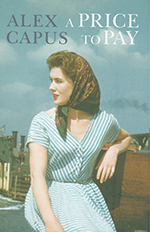 A Price to Pay

Before becoming a forger, a spy, and a bomb builder, three fascinating travelers unexpectedly meet in the same place at the same time, all hoping for bright futures and more traditionally fulfilling careers. Capus follows these characters as their paths differ from their dreams and they find themselves in the midst of the drama of World War II. 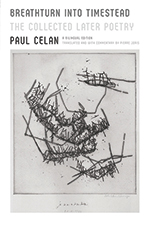 Those who contend that Paul Celan’s reinvention of poetry is untranslatable will be pleasantly surprised by Pierre Joris’s extensive translations of and commentary on his work. This hefty bilingual edition showcases a sophisticated writing style possible only after the poet’s turn from traditional metaphor and verse. The original and the translation confront head-on the ramifications of the Holocaust. Syl Cheney-Coker’s beautifully written book explores life in a fictional West African country in all its pain, spirituality, and glory. The poetic lilt of the sentences combined with intertwining stories of suffering, hope, and historical allusions make for a breathtaking and thought-provoking read.

God of Speed dives into the mind of the rich yet deeply flawed Howard Hughes the night before he returns to aviation after more than a decade away. Introspective and both self-condemnatory and self-congratulatory, the protagonist’s thoughts are portrayed with a vividness showing not only a man’s fall from greatness but also the beauty and power of speed. 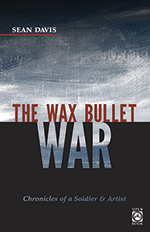 The Wax Bullet War: Chronicles of a Soldier and Artist

Sean Davis delivers a vivid snapshot of the Iraq War and the healing power of art. Re-enlisting on September 12, 2001, Davis fought, lost his best friend during an ambush, and returned home physically and emotionally shredded. To heal his wounds, he waged a battle against postwar demons. The Wax Bullet War paints a clear and articulate picture of Davis’s struggles and success. 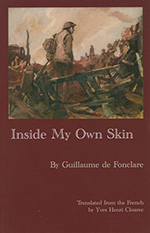 Inside My Own Skin

A brief memoir about war and the effects of cruelty and horror inflicted on its participants, Guillaume de Fonclare’s book examines these issues in his own life and mind with a haunting clarity. The author does not hide from the struggles and disconnect of life after war, exemplified in his own conflict of being trapped in a failing body. 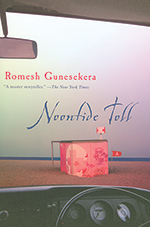 Romesh Gunesekera’s novel delves into the trauma that continues to haunt Sri Lanka in the aftermath of civil war. Following the driver of a van-for-hire, the book looks at the hidden scars of both the people and the nation. Always conscious of both the pain and the beauty of the war-torn Sri Lankan landscape, this novel looks forward to the future with hope. 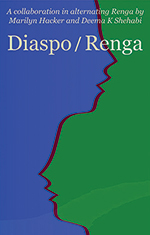 A conversation in poetry, Diaspo / Renga is a collaboration between two writers who begin with the bombing of Palestine and its effects on the people and then merge into an examination of places and lives. In true renga form, each piece carries on a theme or image from the previous poem, creating a continuous dialogue rich in language and meaning. 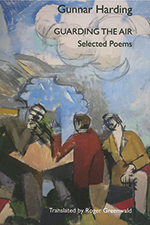 This selection of Swedish poet Gunnar Harding’s work from throughout his career reflects his early background as a jazz musician and painter. The poems are lyrical insights into both the mind of the poet and life itself through striking imagery and allusions to history and mythology. The poems are supported by fascinating endnotes and a colorful and engrossing author preface. 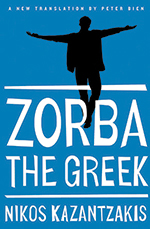 Originally published in 1946, this international best-seller weaves creative language with inspirational ideas. A tale of unlikely friendship between a mine owner and his excitable foreman, Zorba’s enthusiasm for life is contagious. This new translation from the original Greek omits nothing and is a truer reflection of Kazantzakis’s playful wording. The result is an exploration of the complicated balancing act between the spiritual and material worlds. 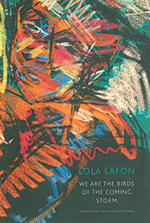 We Are the Birds of the Coming Storm

Lola Lafon’s novel is unafraid to tackle the darkness of rape and the struggle of women who fight to take back their lives. An unusual narrative style emphasizes the pain, chaos, energy, and madness of the story it tells, while slipping into a world that exists yet sometimes seems unreal in its haunting power. 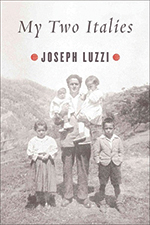 Joseph Luzzi’s alluringly personal reflections of his childhood portray the joys and challenges associated with blending his family’s Italian heritage with a new American identity. Gracefully entwining his own personal story with that of his family opens lucid discussions on issues ranging from Lampedusa to Italian food. This carefully documented story illustrates the moving power of family and home. 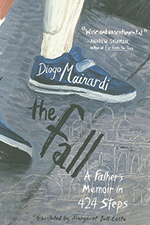 Full of history and its connections to the present, Diogo Mainardi’s book is a journey told in 424 short pieces. Traveling with his son, who has cerebral palsy, Mainardi attempts to make sense of his and his son’s lives. Written in a tender tone and illustrated with images from art and history along with personal photos, The Fall is deeply moving.

This novella vividly re-creates the days and hours leading up to Klaus Mann’s death by overdose and in so doing makes known to the public the inner life and struggles of a writer on the brink. His search for recognition displays a distinct dedication to the necessity of being oneself. Massie’s depictions reveal Thomas Mann’s son as possessing both literary and political boldness. 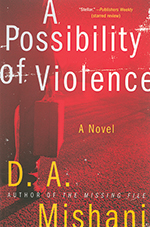 A Possibility of Violence

A thrilling novel set in Tel Aviv, D. A. Mishani’s narrative plumbs human psychology and the secrets that try to remain hidden in a tale of investigation. Following a detective as he tries to catch a bomber before someone dies, the story is told from multiple viewpoints, spinning a web of deception that the characters must navigate in their quest for answers. 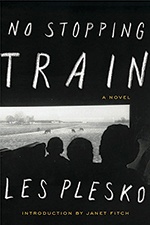 The late Les Plesko uses the history of his native Hungary in this novel that follows a husband and wife through the pain and struggles of failed revolution and an emerging love triangle. The novel’s title is indicative of its themes—how events become unstoppable once they have begun and the fear of falling headlong into danger. 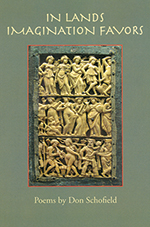 This collection of poems takes much of its inspiration and backdrop from the culture, geography, history, and literature of Greece, but with an American finale at once colorful and dark. Exploring themes of travel and loss, Don Schofield’s poetry resonates with carefully chosen words capable of evoking both profound thoughts and deep emotions (see WLT, Jan. 2014, 44). 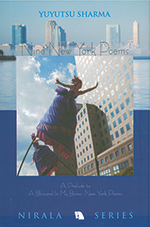 Nine New York Poems , subtitled A Blizzard in My Bones, deepens the tourist’s experiences of New York into a spiritual encounter. The collection begins with the ecstasy of disorientation but quickly locates the self in the unknown. Written by a Nepalese poet and trained ascetic, this precise collection of poems combines the pain of homelessness with the joy of traveling. 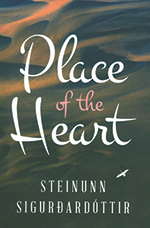 Place of the Heart

Place of the Heart uses the volcanic beauty of the Icelandic landscape to tell a story about its protagonist’s journey to discover her identity, find out who her father really is, and free her daughter from the heartache of a friend’s death. It is a story that explores feelings of being isolated and “other” due to appearances and the question of selfhood. The Boy from Aleppo Who Painted the War

Told from the point of view of Adam, a boy with Asperger’s syndrome, this novel tracks the experiences of a family in Syria who experience the pain of being torn apart by war. Adam and his sister, Yasmine, are exposed to many trials and temptations as they journey to Damascus as refugees. 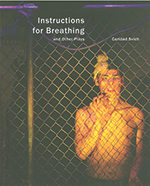 Instructions for Breathing and Other Plays

In her collection of plays, Caridad Svich creates seven precarious situations encountered by the proverbial struggling American. Her artful combination of sorrowful and humorous situations defines the daily life of so many Americans as she depicts their laborious toil toward some semblance of togetherness. 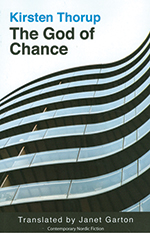 The God of Chance

Kirsten Thorup’s novel focuses on a Danish businesswoman who takes a girl from Gambia to Europe in order to receive an education. Culture shock, an intense fixation by the Danish woman toward her charge, the struggle for learning, and a dependence on chance all combine with rich imagery into a story about two women and their search for meaning. 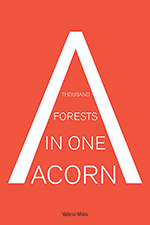 A Thousand Forests in One Acorn: An Anthology of Spanish-Language Fiction

Twenty-eight eminent Spanish-language writers identify their best work for inclusion in this anthology. Coupled with a short biographical note and an interview with the authors themselves, the pieces chosen reveal personal insights into the writing process. This tribute to the twentieth century will beckon readers for years to come. 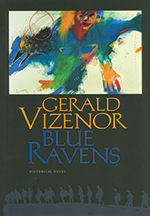 Historical novels about Native Americans in World War I are few and far between. This is one such rare book. It speaks to the importance of traditions and the trickster archetype without romanticizing these oft-appropriated symbols. Refusing to give in to a mentality of victimization, Blue Ravens tells an intriguing story while keeping hold of the realities of love, war, traditional culture, and life. 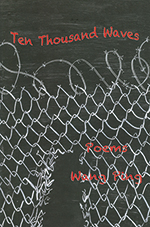 Poetry is a very fluid medium, capable of depicting time and cycles in ways other forms of writing cannot. This collection of poems by Wang Ping manages to capture some of the restless, kinetic energy of both the ocean waves and poetry in a manner that still manages to retain a quiet, elegant wisdom while showing life the way it is.