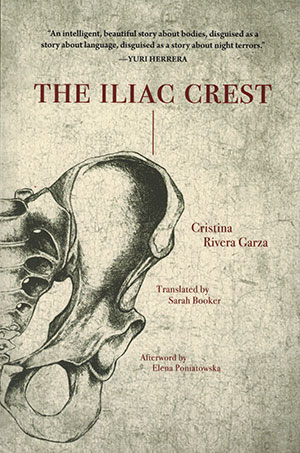 The Iliac Crest is a bizarre and mystifying gothic tale told from the perspective of a cynical and paranoid narrator, a doctor obsessed with the ocean. He is a man of mundane repetition and an apathetic outlook on his work life.

The story begins on a dark and stormy night as two women show up at the doctor’s front door. The first woman is a stranger who claims to be Amparo Dávila. The second woman is the doctor’s ex-partner, whom he calls the Betrayed. As the days pass, Amparo continues her stay in the doctor’s home, she befriends the Betrayed, and they even come up with their own secret language. They claim to know the doctor’s biggest secret—that he is a woman. The doctor begins to question his gender and feels immense unease in his own home. He feels like an outcast, as though the women are hiding something from him, so he starts an investigation into Amparo. As the doctor unravels new information about her, he is led into a surreal realm where ghosts, gender, and existence intertwine and warp.

Rivera Garza’s writing is haunting and otherworldly. The time frame in the book is unspecified. It is filled with existential mystery and revolves around the concept of mental illness. Her writing dissolves and questions the rules behind a simplistic gender binary. She delves into what it means to be silenced as a woman author, what it means when women disappear. At times, the story is confusing. There’s an essence of a psychological thriller as questions arise as to which characters are real or if the doctor has imagined it all. Rivera Garza leads you through the gothic mystery with meticulous metaphorical language.

The Iliac Crest is an intelligent and unforgettable piece of queer literature. It sits with you like the overwhelming sound of ocean waves crashing into your auditory system for the first time.