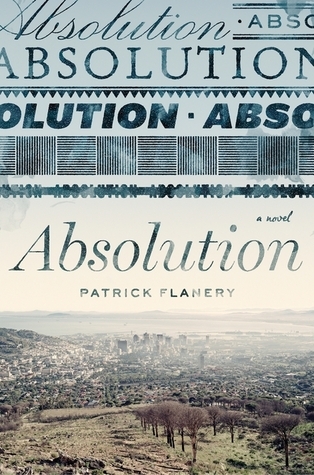 Patrick Flanery’s first novel, Absolution, captures the complicated philosophies and mores of the educated and liberal occupants (in addition to a spectrum of others) of post-apartheid South Africa. The novel offers a view of the turbulent past to illuminate the present, using personal histories to shape narrative. Presented in two parts, Absolution is the story of Sam Leroux, a South African who leaves South Africa at the most pivotal time in the country’s history to attend school in the United States. He marries and remains in the US, ostensibly distancing himself from his troubled country and past. As a young academic, he is presented with the opportunity to write the biography of an aging and difficult South African writer of international renown, Clare Wald. The complicated story of their connection unfolds as Sam attempts to collect and interpret the information on Clare’s life. The work is a well-orchestrated seduction from the first page to the last.

There are four chapter headings that organize and alternate throughout the novel: “Sam,” “Absolution,” “Clare,” and “1989.”

The chapters titled “Sam” pre-sent Sam’s struggles to make meaning of Clare’s work and life; of his own response, understanding, and place in the new South Africa; and of his unrelenting desire to become the “darling” of Clare’s heart. It is set in the present of the novel.

The chapters titled “Absolution” offer a sampling of the “autobiography” Clare’s publishers wanted her to write; however, she cannot write a direct autobiography because she does not “believe in the value of life writing. Who cares about the men I loved? Who cares about my sex life? Why does everyone want to know what a writer does in bed?” “Absolution” is both the title of the latest of Clare’s works and also something she is actively seeking. It represents the mystification and mythification Clare undertakes to make “the personal more complex and more significant than mere autobiography.” It is published during the course of their work together.

The chapters titled “Clare” often contain her jaundiced responses to Sam’s attempts to write her autobiography and her own attempts to make meaning of the two great tragedies of her life: the death of her sister, Nora, and the disappearance of her daughter, Laura.

Finally, the chapters titled “1989” provide insight into liberal South Africans who struggled, often violently, against the old apartheid regime. They also offer insight into Clare’s personal history along with her family’s involvement in the struggle.

The two principal characters have great personal appeal that sustains the story throughout. Clare is unrelentingly difficult and guarded. Her weapon of choice is sarcasm. Sam’s appeal rests with his attempts to come to terms with his heritage and the events of his life that he wills himself to forget. Together, the characters lend credibility to the story in that the former refuses to acknowledge the dangers of the new South Africa in a personal way, and the latter refuses to engage the political realities of the new South Africa. The looming question remains: For what did the characters trade the old regime?

In the end, they arrive at an understanding of the new South Africa that is neither sentimental nor desolate—one that situates it in the postmodern world of excess and desire.