An Elastic State of Mind: D.L.D.’s Autobiography in Poems by Ren Powell 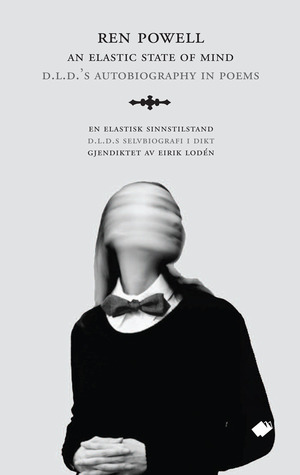 Partly a poetic biography of Dorothea Lynde Dix (1802–87), partly the portrait of an epoch, An Elastic State of Mind resonates between character and author in an intimate and subtle construct. An American who traveled frequently to Europe, D.L.D. was a powerful woman in frail health, a crusader for prison and mental-institution reform in the United States, England, and Japan. Afflicted with what she called her “nothing” disease, a bipolar disorder, she was able to keep it under control through a rigorous moral routine. She was an antebellum celebrity and a published author. During the Civil War, she was appointed to the highest public office ever held by a woman in the United States, that of superintendent of army nurses for the Union.

Ren Powell devoted her recent doctoral work in creative writing to D.L.D., who has long fascinated her. To prepare this volume, she inhabited the mind of her character and played out the scenes like an actor. Her choice of events, while drawing deeply from D.L.D.’s writings and artifacts, was guided by the affinities between her and her character. Powell and D.L.D. experienced difficult childhoods, lost loved ones in tragic circumstances, and chose exile. Both possess an intimate knowledge of and compassion for mental and physical suffering; both teach, fight on behalf of human rights, maintain a global outreach, and write in a multitude of registers.

The poems use variations on traditional forms. Sonnets in prose, villa-nelles with recurring lines, sestinas with modified verse count, English mad songs, and even free-verse poems create carefully controlled imbalances. Such formal disobedience affirms the uniqueness of D.L.D.’s life, but, more importantly, it makes the poems accessible to the untrained reader. Also, the choice of popular poetic forms that were once sung allows Powell to create a seamless thought and sound current between her language and D.L.D.’s. References to greening, thread, and weave further reinforce a sense of organic fluidity that provides a healing counterpoint to the confines of prisons, asylums, and madness.

Image by image, the tapestry of D.L.D.’s life emerges in three acts: childhood and initiation; maturity; and the declining years. An Elastic State of Mind is highly effective in documenting through the aesthetics of poetry the issue of bipolar disorders that affect so many creative people. At the moment of death, D.L.D./Powell says, “My life was formed by keen distractions designed to control / my body’s great awakening, which brought to bloom / the passion upon which I had wagered my soul” (“The Elastic Cord”). Published by Wigestrand in a bilingual edition, An Elastic State of Mind makes Powell a full-fledged American Norwegian poet who has been translated in six languages and has translated eleven books into Norwegian. With this, her fifth poetic volume, Powell has reached new maturity and new depth and has produced an innovative and sensitive tribute to an extraordinary woman.