The Secret Life of Vladimir Nabokov by Andrea Pitzer 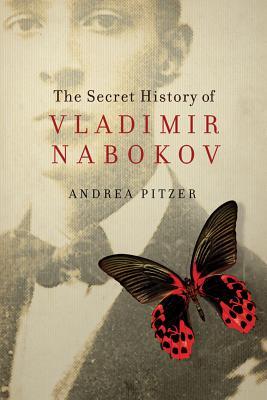 The thesis of Andrea Pitzer’s book on Vladimir Nabokov is an ambitious one, and its ambition is reflected in her title: The Secret Life of Vladimir Nabokov. Given the popularity of Nabokov among academics, one could assume that Pitzer is setting herself up for a battle, and as some battles among literary territories and authors can constitute career suicide, Pitzer would have to be quite sure of herself to give her book—her first book—I might add, such an ambitious title.

Yet, The Secret Life of Vladimir Nabokov is a beautifully written, thoroughly researched book that is sure to significantly enrich the stream of Nabokovian studies. Pitzer’s thesis argues that the idea of the concentration camp haunts and informs much of Nabokov’s mature work. However, Nabokov, being the clever trickster that he was, conceals this from his readers, as if daring them to locate the clues that are sprinkled throughout his works like four-leaf clovers in a field. Pitzer has done her research and has plucked these clues for us. Unlike his earlier work, which so demonstrably examined the life of the exile, his more mature work was decidedly more political than early readings might suggest.

The book’s sequence follows Nabokov’s life from his birth in St. Petersburg to his death in Montreux. Bookending the sequence are chapters on a meeting that was supposed to take place between Nabokov and Alexander Solzhenitsyn, but did not. In fact, Solzhenitsyn is a figure that haunts the pages of this book. Although The Secret Life of Vladimir Nabokov is not a biography in the conventional sense, Pitzer does present for her reader a fairly standard form that is easy to follow and trails the life of her subject. However, it’s important to note that she does this not for convenience’ sake, but to demonstrate that the undercurrent of Nabokov’s fiction is in fact driven by a harsh criticism of totalitarian rule, revolution, and the paradigm of the concentration camp. Toward the end of the book she writes: “There is hardly a novel in Nabokov’s mature repertoire that does not have a major character shattered by his own imprisonment or haunted by memories of those who perished in the camp.” Nabokov’s brother, Sergei, is one such figure. Humbert Humbert, she argues, is another.

The Secret Life of Vladimir Nabokov is a tremendous book, but perhaps the best thing I can say about it is that Pitzer inspires us to return to Nabokov, to go back and re-read his entire oeuvre with a new, now unsentimental eye. If the concentration camp is the dominant political paradigm of the twentieth century, then the works of someone so entangled with revolution and its exilic aftermath could not have escaped unscathed. Perhaps it’s time to return to Nabokov with the eye of a detective, searching for clues not only to the author and his work but to ourselves as well.