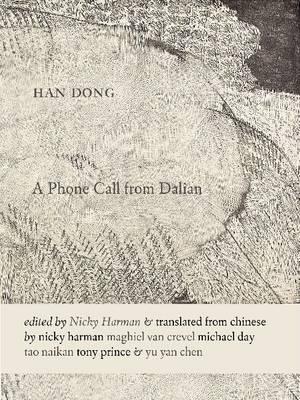 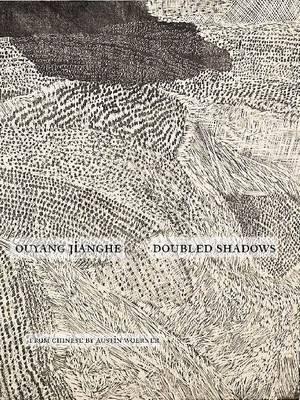 Ouyang Jianghe and Han Dong are near contemporaries, and both occupy established places in what, for over thirty years, has been known as avant-garde Chinese literature. In poetic approach, they represent divergent tendencies—Ouyang cosmopolitan, clean, and heavily referential; Han craftily offhand, personal, confidently bizarre, not tetchy about grime or sex. Where Ouyang often seems to offer an argument about the cultural currents and skirmishes of today’s China, Han’s work most often reads as a lament for the failure of attempts to bridge the spaces between people—what Maghiel van Crevel’s introduction calls a “skepticism regarding human contact and communication.” Editor Nicky Harman wishes to lay emphasis on the diversity of Han Dong’s creation, including his newer, lesser-known works. This point is valid, but Han’s strongest pieces—and they can stand their ground in any contemporary world literary canon—remain those that cut to the bone with some casual cruelty or ironic insertion, with a wrenching revelation or lurching image. The six translators featured here produce generally superb work, with perhaps a quibble about an occasional error (“a cool Jesus” appearing for “looks just like Jesus”; Shandong being located in the “Northeast”) or the tendency to elevate Han’s register (e.g. “while an event unfolds” is rendered for “when something happens”).

Ouyang’s aesthetic musings, philosophical meditations, or social critiques are always thought-provoking and often amusing. Of all contemporary Chinese poets, he is perhaps the most widely allusive, with his natural range of influences running from China’s classical philosophy through the contemporary US. Rendering Ouyang into English is a complex matter, as Austin Woerner explains in an entertaining translator’s introduction. Laying out his process and strategies, he forestalls criticism by remarking that “alert bilingual readers” will “sometimes find small pieces of Ouyang missing, or bits of me still lodged in the masonry.” There is even an appendix offering a more direct English rendering of Ouyang’s poem “Handgun,” which offers, for instance, the literal “politics tilt leftward” for what in the main body has become “persuasion / becomes sinidextrous.” (A third version of “Handgun” contains a new English final stanza opposite an unchanged Chinese text—this is presumably a printing error.) Some might not approve of this degree of liberty, but it can pay dividends in the form of striking images and turns of phrases not offered by the stricter view of the original. The result is a work where the translator is confessedly visible; as Woerner translates Ouyang in “The Glass Factory”: “glass, as a thing, is not transparent,” and this seems an appropriate metaphor for the kind of translation offered here.

Engagement with Ouyang’s work produces an impression of insight, intelligence, craft, and worldliness, but read in conjunction with Han Dong, it reveals less urgency, earthiness, heft—to oversimplify, one might go to Ouyang for thinking on contemporary China (and abroad) but to Han for feeling. Though both approaches to poetry are valid, it is likely that Han’s verse, with the visceral reactions it can generate, has better prospects of engaging a wide international readership. And while Han’s short lines form a distinct and personal verse style, Ouyang at his most cerebral, especially in the longer pieces, sometimes resembles prose cut into lines.

The Jintian series is fast becoming the most important avenue for Chinese poetry in English translation, and its achievement so far is a feather in the cap for the two collaborating presses. Translations of Yu Jian and Zhai Yongming have recently been published, and one of Bai Hua is promised. Both books under review here are beautifully produced, affordably priced, and feature a bilingual text, a translator’s foreword, and a critical introduction from a prominent Western academic, making them texts equally valuable to scholars, writers, translators, and poetry lovers. No translation between languages and literary conventions as different as English and Chinese can be entirely uncontroversial or above criticism; but the series’ contribution so far is extraordinary, and one can only wish it long life.