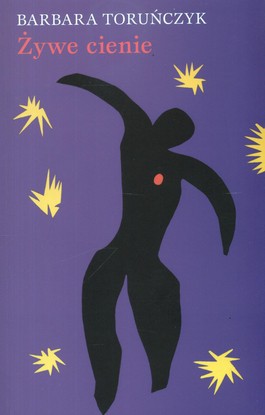 In 1982 a courageous young woman, Barbara Toruńczyk, launched a new Polish literary magazine in Paris. Against all odds this magazine, Zeszyty Literackie (Literary exercise books), not only survived eight years in exile, but, having returned to Poland after the change of regime, continued to flourish, chalking up twenty-three more years. It is arguably among the best literary periodicals in Poland, and its success is largely due to the editorial skills and manifold contacts of Barbara Toruńczyk.

In her collection of essays, Żywe cienie (Living shadows), Toruńczyk is revealed both as a loyal friend and as chronicler of many writers, literary and academic personalities who are no longer with us. Apart from relating the history of the samizdat periodicals Zapis and Zeszyty Literackie, this collection comprises perceptive essays on Jan Kott, Wiktor Woroszylski, and Zbigniew Herbert as well as commemorations of the artist Jan Lebenstein and a survivor of the Warsaw Ghetto Uprising, Marek Edelman, and his wife, Alina Margolis-Edelman. Toruńczyk also writes extensively about her contacts with three great editors, of whom Jerzy Giedroyc of the émigré Kultura was an “eminence gris,” a master-shaper of Polish culture; Jerzy Turowicz of the Catholic weekly Tygodnik Powszechny; and Jan Nowak-Jeziorański, for many years director of the Polish Service of Radio Free Europe. All three helped and encouraged Toruńczyk in different ways, and she pays tribute to them with warm, often moving words.

Czesław Miłosz was also a long-term contributor to Zeszyty Literackie, and in a sense the centerpiece of this collection is a conversation between Toruńczyk and two younger writer/journalists, Karolina Wigura and Jarosław Kiusz. In this forty-page-long conversation, Toruńczyk shows not only how well she understands Miłosz’s poetry but also provides insights into the Nobel Prize–winning poet’s outlook and views on Polish problems and complexes. In spite of his rise to the status of an international celebrity, Miłosz’s life had periods of despondency and despair, grave personal conflicts as well as doubt about the worth of his own achievement. Toruńczyk thinks that the “sin of neglecting” or even discarding people who had helped and admired him stemmed from Miłosz’s need of “simplifying” relationships. What really mattered was Miłosz’s loyalty to his own “poetic truth,” a hallmark of great poets, and his lifelong fight against the (often political) “debasement” of language.