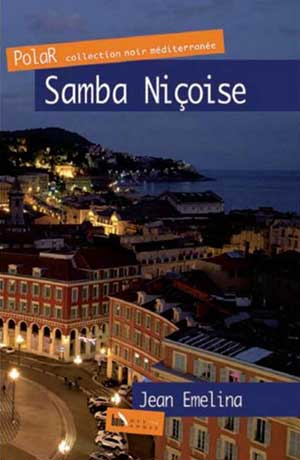 Without the back-cover photograph and blurb indicating that Jean Emelina is a retired professor of the University of Nice–Sophia Antipolis, one would be inclined to think that the author is an up-and-coming young writer. His style has all the verve and panache of a Chester Himes set to revitalize the genre of detective fiction as we near another roaring twenties.

As a nontenured teacher in a local denominational secondary school, the narrator of this novel, the burlesquely named Joseph Gouffignat, has a keen eye for satire. He is seen by his pupils as a carefree, slightly eccentric instructor, a somewhat pathetic character with not much to look forward to, until one day the unbelievable happens.

Gouffignat is a detached observer of life, the kind of loner whose main source of pleasure is going out to the airport to watch passengers embark and disembark from far-flung places he does not have the money to fly to. His main fascination is with Brazil, hence the title of the novel. His life suddenly takes a turn for both the better and the worse when a beautiful young woman in a hurry asks him to hold her suitcase and flowers while she runs off to powder her nose before her flight. Gouffignat is left with the suitcase, as she strangely never comes back to claim it.

What is immediately pleasing, after having read so many solemnly recounted sleuthing narratives driven by serious-minded professional detectives, is the narrator’s upbeat, devil-may-care charisma. Gouffignat’s irreverence and gleeful sense of irony is an instantly likeable form of Hemingwayesque grace under pressure.

Structurally speaking, too, the novel mercifully dispenses with much of the tedious fact-checking of contemporary detective novels that sacrifice both suspense and interest in the name of procedural realism. The mysterious suitcase ploy is well handled, generating enough suspense to keep the novel afloat to the end. As a journalist, Emelina also makes use of collaged articles that structure and pace the different twists and turns of the plot.

The author’s somewhat glamourless, unsuccessful, middlebrow yet eccentric teacher-narrator is utterly convincing, and yet one wonders what a French campus novel or detective fiction, written and narrated by a former university professor with a penchant for satire and a full range of intellectual sophistication at his command, would look like if Emelina were to turn in that direction in a future novel. Perhaps we’d encounter a comedic version of Ross MacDonald’s Lew Archer novels in which PhD meets dark, mean streets.