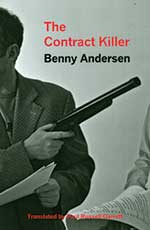 The prolific Benny Andersen turns a failed private investigator into a bumbling hired gun in this short comic play. Andersen presents absurdist approaches to questions of life and death, never losing his sense of humor or his lighthearted turn of phrase. The shy and ineffectual protagonist—a hallmark of Andersen’s—is as relatable in English as in Danish. 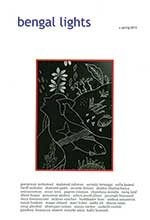 In its second issue, this Dhaka-based literary journal shows off its variety with a truly cosmopolitan collection of written and visual art. Offerings range from surreal, colorful comix and a song translated from the Karbi language to an interview with Jorge Luis Borges. This new publication provides an open window onto the literary consciousness of Bangladesh. 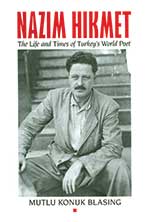 Nâzım Hikmet: The Life and Times of Turkey’s World Poet

This biography tells the dynamic story of Turkey’s most acclaimed twentieth-century poet. His artistic growth is outlined along with his patriotism, his leftism, and his long-term rejection by the country he loved. Blasing is a prolific translator of Hikmet’s work, and she incorporates elements of literary scholarship into her investigation of his life. 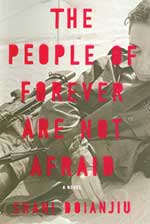 The People of Forever Are Not Afraid

Shani Boianjiu’s gripping debut novel illustrates the lives of three Israeli girls who grow up together after they are conscripted into the army. Their distinct experiences of military life dictate their progress toward adulthood, and they must come to terms with the typical concerns of youth while confronting the constant threat of disruption and change. 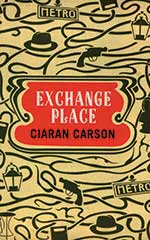 An award-winning translator and author of ten collections of poetry, Ciaran Carson now presents us with a thrilling spy novel. A close friend disappears “without so much as a by-your-leave,” and through mazes of intrigue tracked between Belfast and Paris, both plot and prose prove astonishing. 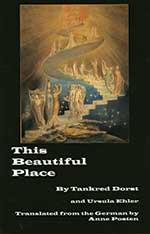 The first novella from a literary jack-of-all-trades, This Beautiful Place is a simultaneously abstract and cinematic work that juxtaposes ideas with ideals and dreams with reality. It is the first of Tankred Dorst’s works to be made available in English, despite his profound impact on German literature and the heavy American presence in his oeuvre. 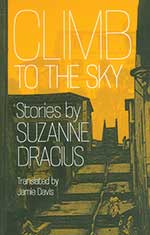 Climb to the Sky

In this collection of eight stories and one novella, Suzanne Dracius places women in opposition to overwhelming historical and existential circumstances. Her protagonists face the varied traumas of the Caribbean twentieth century—from the eruption of Mount Pelée to the boredom of bourgeois living—and must learn to overcome. Jamie Davis is an experienced translator of Dracius’s prose. 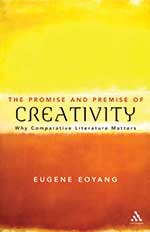 The Promise and Premise of Creativity

Subtitled “Why Comparative Literature Matters,” this volume from an esteemed literary scholar makes the case for reading and studying literature at a critical moment. Through case studies and well-reasoned arguments, Eoyang upholds literature as cultural communication and outlines “the uses of the useless.” He tackles an important subject with enthusiasm and demonstrates his own heartfelt affection for comparative literature. 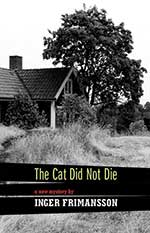 The Cat Did Not Die

In her latest contribution to the growing “Scandinavian noir” genre, Inger Frimansson details the psychological fallout of a mild-mannered schoolteacher who commits and must conceal a gruesome crime. The protagonist finds herself ever more tangled in an inescapable web of guilt and desperation, despite the seemingly bright yet false reality that surrounds her. 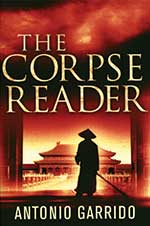 Tragedy hits thirteenth-century scholar-investigator Ci Song, who is dishonored and forced to give up his studies to work as a gravedigger. Antonio Garrido’s character, inspired by Song Ci, the founding father of forensic science, has a passion for truth in the face of deep-rooted allegiances, and his dexterity in examining grisly deaths becomes even more complex with the arrival of an enthralling woman. 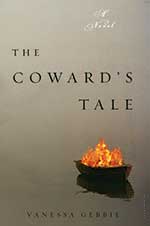 With equal parts homey humor and poignant melancholy, Vanessa Gebbie’s first novel tells the story of a storyteller and his friendship with a young newcomer to his little Welsh town. The storyteller’s encyclopedic tales of the town’s inhabitants lead inescapably toward the trauma of a nearby coal mine’s disastrous collapse. Gebbie’s poetic, visual prose has inspired comparisons to Dylan Thomas. 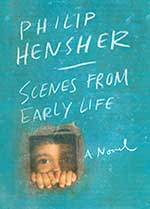 A fusion of fiction, history, and memoir, Philip Hensher’s latest novel recounts the childhood of his husband in what is now Bangladesh. The little boy must navigate his way to maturity through the violence of Bangladesh’s split from Pakistan, all the while avoiding the more commonplace pitfalls of early life. Personal and collective memories combine to form this novel’s foundations. 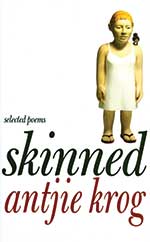 Antjie Krog has long been recognized as one of South Africa’s finest poets, but Skinned is her first collection available in English outside of the country. Translated from the original Afrikaans, the book includes reflections on romantic and familial love, Xhosa and Zulu poetry, the troubled social politics of South Africa, and the fickleness of the aging human body. A truly international author confronts her simultaneously Taiwanese and Canadian past through these interlinked stories. The book functions as a loosely wrought family saga, leading the reader from modern Vancouver to 1940s Taiwan and back through the stories of immigrants, activists, and mothers. Julia Lin’s prose is frank and down-to-earth while retaining its capacity for subtlety and grace. 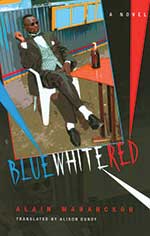 This novel represents a portrait of postcolonial African youth who must negotiate identities in between their homelands and the countries of their former colonizers. A young man returns to his Congo village from Paris and shows off his new French affectations, only to return to Paris with an admiring friend and enter the shady world of undocumented immigrants. 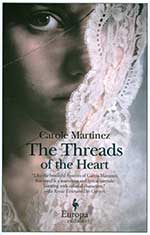 The Threads of the Heart

Carole Martinez tells a story of women, exile, and the supernatural in magical-realist style. A seamstress learns that she is the inheritor of a mystical power—she can create inconceivably beautiful clothes from rags. Misunderstood, she must flee both the prejudice of her community and the legacy of her family. Howard Curtis captures the lyricism of the original French. 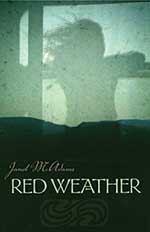 When Neva’s marriage falls apart, she is motivated to undertake a physical journey in search of her missing parents and indigenous heritage, and an emotional journey to find what is missing within herself. Her perilous travels take her to a small Central American country in the midst of political and military upheaval. Janet McAdams captures each moment of longing and discovery with skillful and delicately nuanced prose. 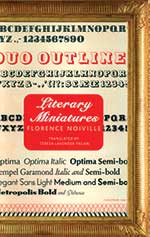 This volume includes twenty-eight interviews of renowned authors conducted by Florence Noiville for publication in Le Monde. She chats with the likes of Nadine Gordimer, John Le Carré, Mario Vargas Llosa, and Toni Morrison, painting evocative portraits of each. Her book represents a rich exploration of modern international literature through the lives and words of its creators. 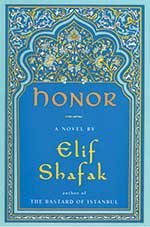 Elif Shafak’s Honor is the moving story of a family of Turkish immigrants and the effects of a devastating honor killing in 1970s London. The novel’s arc follows the movements of twins Pembe and Jamila, two of many points of view incorporated in this compassionate novel’s attempt to come to terms with tragedy and the double standard of what is deemed “honorable” for both men and women. 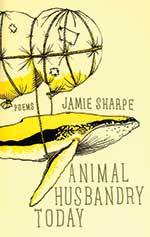 With wide range and a captivating sense of humor, Jamie Sharpe delivers poems interspersed with engaging images from the Yukon. The subjects of his verse range from politics to children to technology to small-town geography, and his perspective on each combines youthful fascination with a sense of jaded experience. His debut poetry collection, Animal Husbandry Today bodes well for his literary future. 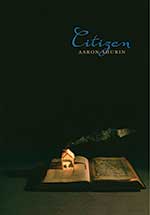 These agile prose poems by Aaron Shurin wander and leap sensually from bed, to lover, to home, to natural wonders, both personal and universal. The individual words of each poem collide and mingle, sometimes harmoniously and sometimes with a purposeful dissonance. Citizen is a lyrical and affirming look into the vibrant life of San Francisco and into the mind of one of its most accomplished poets. 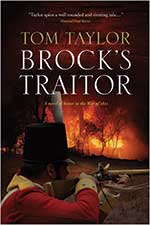 Brock’s Traitor, the third volume of a trilogy including Brock’s Agent and Brock’s Railroad, takes place during Canada’s pivotal War of 1812. The likable character of Jonathan Westlake is brought vividly to life as he navigates through intrigue, harrowing battles, honor, and love. Tom Taylor’s prose is crisp and lively, incorporating well-researched historical detail with wit, humor, and imagination. 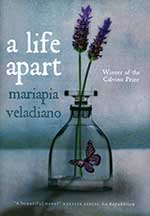 Mariapia Veladiano’s first novel is a clever take on the tale of the ugly duckling. The protagonist is born to a family whose members are universally beautiful, but she is cursed with “startling ugliness.” Through her friends and her talents, she must assert her personal worth despite the inconsiderate shame of her family. Cristina Viti has also translated works by Apollinaire. 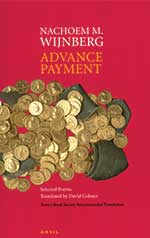 The inaugural offering in English from a renowned Dutch poet, Advance Payment includes poems from two previous collections. Nachoem Wijnberg is a scholar of business studies as well as a prolific writer, and his verse is marked by economic precision as well as erudite allusions. These charming poems place the obscure past alongside everyday reality. 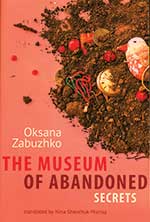 The Museum of Abandoned Secrets

In a novel described as her magnum opus, Oksana Zabuzhko delves deeply into Ukraine’s past for a saga of three women who are inextricably linked. A present-day love story is juxtaposed with the hazy history of World War II’s jarring impact on Ukraine. Zabuzhko is a powerful literary voice, and Shevchuk-Murray preserves the distinct identity of her writing in the English translation.