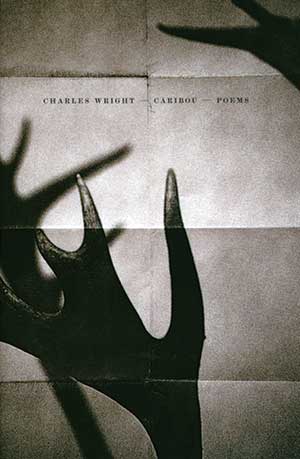 The tenor of this newest book by Charles Wright is announced by the titles of its three sections: “Echoes,” “End Papers,” and “Apocrypha.” The poems are full of memory, summations, and thoughts that do not fit easily into Christian orthodoxy. The tension of opposites that propels these poems is most pronounced in the tension between an ostensible Christian belief and a marked pessimism. On the one hand, we find talk of saints and believers, the divine, transubstantiation, and brief—almost quipped—lines of apparent prayer and direct address to the “Lord.” On the other hand, we find straight-out declarations of stark negation. Consider the contrasts among the following sample quotations: “Render the balance, Lord”; “Would that detachment [of Li Po’s] were mine, Lord, / O would it were mine”; “A future we’re all engendered for, sharp teeth, Lord, such sharp teeth”; “There is no balm, my man, not even in Gilead”; “Nothing can hold us, I’ve come to know. Nothing, I say”; and “We walked / On the earth, we threw a couple of handfuls of dirt / Into the air and when it came down it covered us.”

It seems that the poet’s bags are packed and waiting to go: “Is this the hour of our undoing? / If so, we are perfected” and “It’s starting to rain and I got to go home. / Be good, / See that my grave is kept clean.” Generally, though, we find good humor mixed with the seriousness and playfulness mixed with the solemnity: “If the stairs to paradise / Are that color, who wouldn’t put his old Reeboks down? . . . // One should live one’s life as an acolyte walking into the temple.”

Readers familiar with Wright’s work will find no lessening of his masterly ability; he achieves ease in nearly every line, and this book keeps pace with any he has written. We find the persistent influences that have long ago blended uniquely into his agile and protean imagination but which seem ever to refresh themselves in his work: most prominently, in addition to the Judeo-Christian tradition, we find the poets of ancient China, the natural world, Rilke, Cézanne, and, to a much lesser degree, other painters and various contemporary poets such as Mark Strand and James Wright. The planes of Cézanne, of course, find their correspondence in the structure of Wright’s poems, but Rilke’s influence is in part that of vision. Rilke’s “white city” makes an appearance in one of these poems, but, more importantly, his vision of purpose in the Duino Elegies, that of the world re-arising through the poet’s gaze and imagination on its way to becoming poetry, is essentially what Wright comes to in the final lines of “Ancient of Days.”

These poems are frequently allusive, depending on the reader’s knowledge; sometimes in the case of especial indebtedness, Wright appropriately acknowledges the poets/poems in the endnotes. One poem in this collection, “Crystal Declension,” is heavily indebted in terms of exact language and imagery to James Wright’s “The Journey.” Charles Wright no doubt feels that such an important poem as “The Journey” would be known to most readers, but this reviewer is not so sure and urges that an acknowledgment in any future edition of Caribou should perhaps include mention in the notes.

Read this book. Charles Wright’s poetry has never been better.