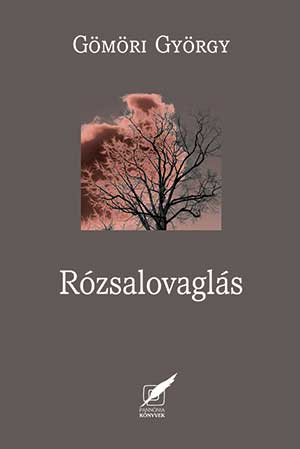 This charming little poetry book, Rózsalovaglás (Riding with roses), is George Gömöri’s latest production. Rarely does a slim book contain as much delight as this. Gömöri has just passed his eightieth birthday, and his literary verve has not declined. The book was launched at least twice, once in the Petőfi Literary Museum in Budapest in April 2014 and again in the Hungarian Culture Centre in London. It was therefore twice received by aficionados with enthusiasm, and it continues to spread its fame through Hungarian bookshops.

Although Gömöri is a good and old friend, this little book may even be better than the man in person. It lacks his occasional anger, and his rare written political protestations are veiled in mocking lines. The lyrical poetry is coming straight from a lyre—unique but distantly related to Bálint Balassi, whose poems had been written as songs, to be sung, to be played, to be chanted. Here Gömöri starts with a conversational tone, which continues with playfulness and ends either in an axiom or in a philosophical statement, written with a light pen. As an old friend, I know Gömöri’s poetical output, say 90 percent of it, well. In this Rosenkavalier role (one of his true identities), Gömöri, a positive and optimistic person in general, allows himself lines of pessimism and sentiments of evanescence. Let me translate a few lines from his poem “Királyi pa-nasz” (Royal complaint): “they now demand of me / to impose the price and quality of bread / the innumerable potholes on the road / and the bad crop of rye / while the flood is on the way – / I am thinking of the final words: / après mois le déluge.”

In his twenty years of poetic output, George Gömöri has produced flower songs, love poetry, portraits of historical personages, political ditties, monologues, and pastiches. His verse is definitely in the top tier of first-class Hungarian poetry. His rhythmical sense, his rhyming mood, and his rich assonance in creating the poems’ atmosphere are effervescent, second to none.