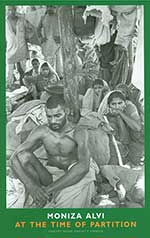 At the Time of Partition

Award-winning British author Moniza Alvi calls upon her family history in this book-length poem that takes place during the partition of India and Pakistan in 1947. Her verses vibrantly personalize the experience of what she calls “The Partition of Hearts” during the civil unrest that resulted in the death of thousands and the displacement of millions of families. 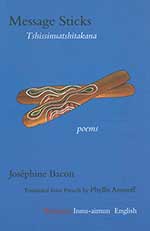 Message Sticks provides a rare and welcome glimpse into the Innu-aimun language and way of life through the poetry of Joséphine Bacon. She says, “We are a people of oral tradition. Today we can write. Poetry lets us bring the language of the nutshimit, our land, back to life, and through the words, the sound of the drum still resonates.” 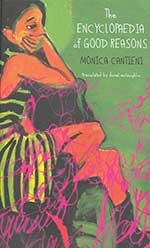 The Encyclopaedia of Good Reasons

Set against the 1970 Swiss Referendum on immigration, The Encyclopaedia of Good Reasons follows a young immigrant girl as she acclimates to her new life with her adopted family. Brimming with fascinating and eccentric characters, comical situations, and an exceedingly original writing style, Cantieni’s deeply poignant work artfully and empathetically explores being different and the problems of integration. 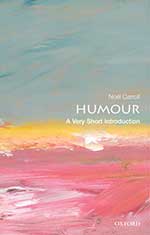 This pocket-sized paperback examines the leading theories of humor and the value and morality of different types with a focus on the incongruity theory. Carroll considers the relationship between emotion and cognition and considers the big question: What does humor tell us about human nature? 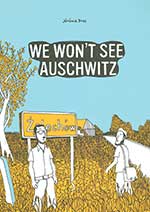 On a quest to connect with their family’s combined Jewish-Polish heritage, the author and his brother traverse through Poland. Their conscious decision to bypass Auschwitz leads them to explore Żelechów and Warsaw before landing in Europe’s largest celebration of Jewish culture in Kraków. This graphic novel documents the power of dialogue with one’s ancestry. 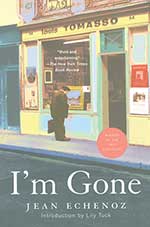 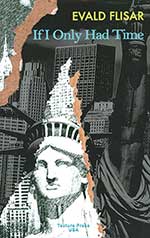 If I Only Had Time

Before twenty-two-year-old Simon Bebler learned of his incurable illness, he was content simply observing his life as if reading a novel. Now with only a year left to live, he seeks to find fulfillment while living out the stories of his fictional heroes. A philosophical thriller filled with peculiar characters, cinematic allusions, mysterious encounters, and adrenaline-fueled escapades, Evald Flisar challenges conventional notions of authentic identity. 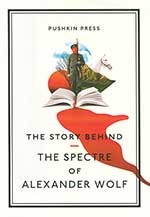 The Spectre of Alexander Wolf

After discovering a short story that recounts, in graphic detail, a soldier’s death in 1919, a journalist sets out to find the mysterious Alexander Wolf, author of the strange story. Gaito Gazdanov’s elegantly crafted Proustian novel delves into the eternal ideas of life, death, and identity. 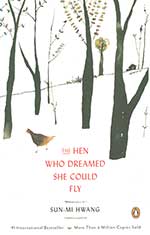 The Hen Who Dreamed She Could Fly

This is an allegorical tale of a hen named Sprout who becomes dissatisfied with monotonous life in the barnyard and devises a plan to escape into the wild. Charmingly illustrated in line drawings by Nomoco, The Hen Who Dreamed She Could Fly meditates on mindless conformity, sacrifice, and motherhood in a manner that will appeal to all ages. 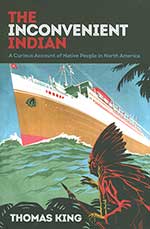 The Inconvenient Indian: A Curious Account of Native People in North America

One of Canada’s leading public intellectuals and activists, Thomas King’s work is erudite yet witty and unapologetically opinionated in its understanding of Indian-white relations. Simultaneously angry and humorous, King analyzes the “Indian” in popular culture, explores the history of Native American resistance, and illustrates the multifaceted effects of discriminatory laws on Native American land. 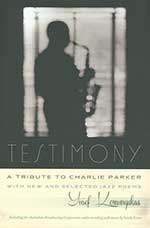 Testimony: A Tribute to Charlie Parker

Testimony examines the multilayered and arduous life of illustrious jazz musician Charlie Parker. Compiled from a selection of Yusef Komunyakaa’s jazz poems (two of which have never been previously published), essays, interviews, and a full jazz opera included on two CDs, this work provides a nuanced and compassionate understanding of the legendary saxophonist. 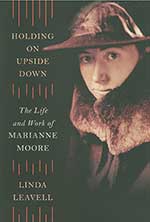 Holding On Upside Down: The Life and Work of Marianne Moore 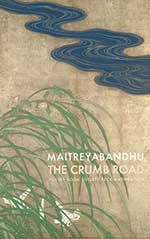 Inspired in part by Maitreyabandhu’s Buddhism, this poetry collection recounts the beautiful agony of childhood, the tragedy of first love, and the mystery of memory in a structured journey into adulthood and understanding. “I want to imagine you / into this room // this morning. / I want to see you / listen to the sound / (can you hear it?) // of snow thawing, / falling, sliding / down the roof tiles. . . .” 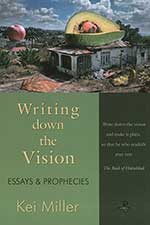 Writing Down the Vision: Essays and Prophecies

In this essay collection, Jamaican author Kei Miller proves that no discovery comes without a story. He writes about the religion that surrounded him in his youth and how he came to terms with losing that religion. Additionally, Miller discusses migration, family, friendship, and nation, all with a humorous twist. 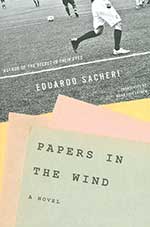 Papers in the Wind

Set within the culture of professional soccer, Papers in the Wind follows the story of three close companions taking on the responsibility of caring for the young daughter of their deceased friend. Despite the tragic loss and the odds against them, they rally with humor, love, and remarkable resourcefulness. 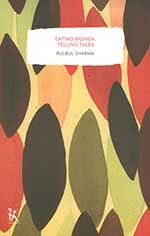 Ranging from humorous to touching to sometimes grisly, each of the nine vignettes presented in Eating Women, Telling Tales explore the complex reality of women’s everyday lives in India. When a group of women come together and exchange tales from their personal experiences, what emerges is a subtle commentary on the social hierarchy of village life and a glimpse into the intricate role of food in human relationships. 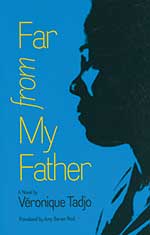 Far from My Father

When Nina returns to her home in the Côte d’Ivoire after her father’s death, she must reconcile her father’s secrets with the man she thought he was. Subtly political, emotionally charged, and set amid an atmosphere of devastation wrought by civil conflict and looming violence, Tadjo’s work reframes the legacy of polygamy by depicting a character’s intimate transformation.