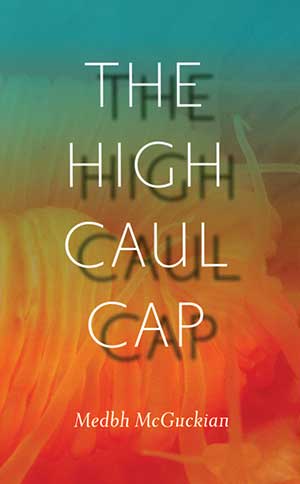 The poems in The High Caul Cap were written during the long illness of the poet’s mother, whose eventual death haunts the volume, and they present the relations of mothers and daughters with great complexity, not simple nostalgia or factual memorialization. The poet’s mother is imagined in the hell of the Holocaust in one poem, while others locate her in a dreamscape that bears little resemblance to conventional hells or heavens. This is a hallmark of Medbh McGuckian’s style: she is at home in the fluid language of symbols, some archetypal, some drawn from Irish folklore, and some private.

Although this death is the volume’s focal point, the speaker wends her way through times past, present, and future. We can read this as an act of honor, though she refuses to see her mother in idyllic terms and does not flinch from the view of her suffering. The presence of death can have its own beauty, and the eponymous poem of The High Caul Cap offers us an image of a time in love with endings. Yet the poet herself is also in love with time, perhaps obsessed with it here. Temporal markers placing actions before or after, first or last, singly or all at once, abound in the volume. Perhaps she feels unable to keep up with time’s passage; perhaps there is almost too much to gather in a single valediction, one that begins with the speaker “wearing her belatedness.”

One certainly cannot fault McGuckian for not saying enough in these dense, sometimes puzzling poems with their many layers. If anything, one wishes at times for breathing room, perhaps a slightly thinner and clearer air. At times, reading the poems makes us feel as if plunged into an element that we cannot quite master. This is not to suggest that the content of the poems is overly dark—it is not—or that the poet ever scants the concrete weight of her subjects: there is “nothing more earthly” than the departed. There is also nothing more complex, given that a single person contains a treasure trove of experiences and elicits a corresponding wealth of imagined scenarios in the lyricist. McGuckian typically uses elaborate, complex images and situates her characters in situations both oneiric and, sometimes, straightforward. She stitches her images closely together, creating a rich, almost baroque tapestry of loss and difficult love, even as ultimately “there is no peace: / no function for the heart to serve / the dear, the best-known face.”