Other Lives by Iman Humaydan 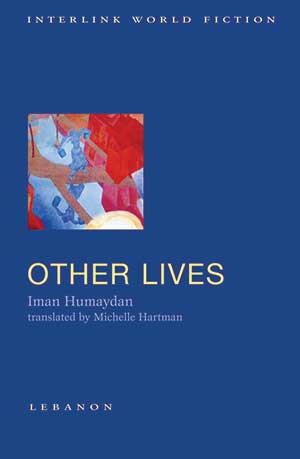 Iman Humaydan is a Lebanese writer with two acclaimed novels to her credit, B as in Beirut and Wild Mulberries. Her third work constitutes a rewarding and cohesive fictionalized meditation on the nature of place, emigration, and memory.

The first-person narrator, Myriam, is condemned by the bloodiness of recent Lebanese history to suffer a deracinated life of pain and loss. She and her family flee her home country for Australia to escape the civil war. Her lover, Georges, who has impregnated her—thus, in the world of the novel, necessitating an abortion because Myriam is “a good girl, from a good family, not a slut”—disappears on the very day of his attempted flight, perhaps the victim of murder preceded by torture. (The abortion, incidentally, renders Myriam infertile.) Her mother responds to the life around her by retreating into silence, and her father, a tiny piece of shrapnel lodged in his head, goes mad. Myriam herself will be constantly plagued by migraines.

After this first uprooting, she moves to Kenya with her husband, whom she does not love, then flies to the Beirut she has not seen for years in an attempt to repossess the family house. (It is not without importance in this sometimes explicitly feminist novel that her status as heir, her brother having been killed, is seen as unnatural and resented.) Myriam is told that her time in Beirut need not be long, but bureaucratic complications extend it for months. In the course of her stay, she has an affair with a Lebanese American who is in the Middle East to find his “roots,” a task he fails to accomplish.

In a letter to her oldest friend, now dying of cancer, Myriam wonders about the nature of fear. Moving to a new country does not kill it, for it has “already taken root inside of us.” Nor does emigration solve all problems: one’s new life can be disturbingly precarious, and the past one has tried to forget can suddenly and powerfully reappear. And if the old life is frightening, then the new one is not real. Myriam suffers “a permanent feeling of being in a transient state since [she] left Lebanon.” Those of us who live in the relative safety of the West will realize our good fortune.