The Giraffe’s Neck by Judith Schalansky 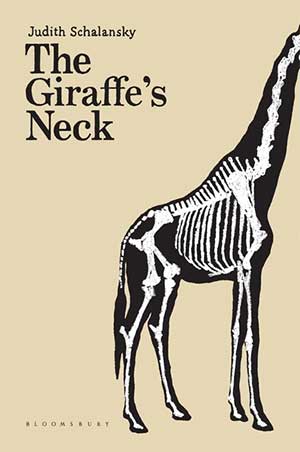 Inge Lohmark teaches biology at a “gymnasium” in a backwater town in the remotest former East Germany, which, even more than most of rural Germany, is hemorrhaging population. Most are moving to chic Berlin while her own daughter, years ago, settled in California. As Inge sees the weeds grow in the deserted streets, she envisions the area eventually returned to a state of nature, completely overrun with plant life. These will indeed be “blooming landscapes,” but hardly the ones then-chancellor Helmut Kohl promised the easterners if they voted for his unification plan.

While she preaches evolution—“adaptation is everything”—this is the exact opposite of what she does: she does not believe education will do much for her ninth-graders. For her, biology is destiny, the “true dictatorship,” which neither the previous dictatorship nor the current democracy could alter. This is a dictatorship in which there is no room for feelings—if a girl in her class is being bullied by the others, that’s just normal. No “in loco parentis” for her, as her principal, a social studies teacher who came from the West to teach these easterners democracy, expects of her; indeed, when she’s in her teacher’s role, she does not even help her own daughter in class.

But when she finally falls for one of her students, we are reminded that Inge clearly had some feelings, some aspirations for a better life at some time, but after having to adapt to the GDR dictatorship, executing another turnabout proved too much for her. For her the Wall came down too late. She’s given up hope of ever becoming a grandmother, and her relationship with her husband is strictly confined to minor household routines. When her current ninth-graders finish in four years, the school will close.

Inge Lohmark has survived by strict adjustment to changing expectations but not by any real adaptation: she is not “the giraffe’s neck” that grows to reach the highest fruits. Hers is instead the story of the individual stunted by a state’s withered ideology, an ironic inversion of a bildungsroman, as the book is subtitled in the German original. Judith Schalansky has rendered this deformation with empathy and a good deal of sardonic humor. She well deserves the vastly wider audience this adept English translation brings her.