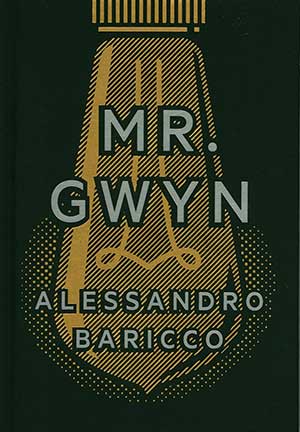 There are two novellas in this volume, either of which might easily stand on its own. Yet they complement each other in canny, productive ways; and each interrogates the other, though not all of the questions they ask are answered. The first text, far longer than the second, lends its title to the volume as a whole. It puts on stage Jasper Gwyn, a forty-something British writer who, in the dozen years he has practiced his profession, has achieved both popular and critical acclaim. Despite that success, a feeling of emptiness has taken hold of him, prompting him to vow publicly never to produce another book. Yet he finds that he misses writing, and most particularly its small gestures, its rhythms, the way it plays out in time. He imagines that he might be happy as a copyist, but with a twist: he will copy people rather than texts, as a portraitist might, but with words instead of paint. Launching out on that new occupation, he enters into conversation with people both quick and dead—and in some cases the latter conversations are considerably more developed than the former.

The second novella is entitled Three Times at Dawn, and it is just possible that its author is Jasper Gwyn, under another name. Its three brief parts entertain relations with one another that are much like the ones the novella as a whole entertains with the one that precedes it: they address each other elliptically and obliquely, in a dialogue that might best be described as mannerist in character. As Baricco sketches them, people are fundamentally narrative beings; that is, their essence resides in their story. Just as stories tend to ramify, so, too, do people. In that perspective, it is not surprising that some characters should seem to wander between the three parts of this novella, appearing briefly here, then there. The same is broadly true of certain other effects, whether thematic or formal, as if a pattern of rhyme were at work here.

Alessandro Baricco limns these narrative connections with a great deal of mastery and a very delicate sense of touch. Rather than imposing meaning outright upon his readers, he invites us to find our own way through this book, offering suggestions that are fragile, tenuous, hypothetical—and at times irresistible.