An Impossible Return by Caroline Laurent 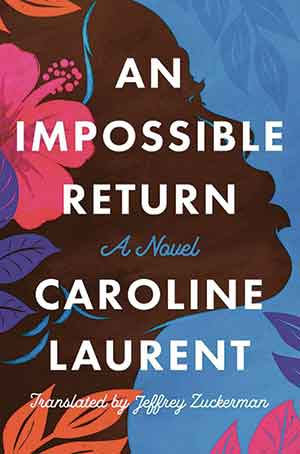 LAST YEAR, PAINTINGS by the Chagossian artist Clément Siatous, exhibited at the Caudan Arts Centre in Port Louis, Mauritius, showed the main islands of the Chagos (Peros Banhos, Salomon, and Diego Garcia) in all their premilitarized glory. Their blue, bird-filled skies. White clouds like soft fairy floss. Gangly coconut palms made ganglier by their globose fruits. Huts standing on polished foundations of stone, pathways of grass and shimmery sand all around them. Hatted and bare-chested islanders waiting on a wooden pier or deep in conversation or on their way to work. Copra plantations abuzz with labor. Huskers husking coconut; women hauling them by the basketful on their heads. Dogs, hens, and children milling about. Close your eyes and imagine this landscape. All of it is now gone.

An Impossible Return, Franco-Mauritian writer Caroline Laurent’s first novel to be translated into English, mourns and inveighs against this loss. It novelizes the eviction of the Chagossians from the Chagos archipelago around the time of Mauritius’s independence from Britain in the 1960s and ’70s. Diego Garcia, the largest of the islands, is a joint UK/US military base. Once a veritable paradise, it is now fronted by “a military harbor,” an “ugly seawall” of “gray-green vessels.” “The purity of lines, the brightness of past decades,” all marred. The ocean appears murky. The once sap-scented air smells of engine. Diego Garcia has been closed to the Chagossians for half a century. Marie-Pierre Ladouceur, the indomitable displaced “îloise” of Laurent’s novel will, however, fight to the death for her and her people’s right to return there. “She was invincible,” Laurent writes. In an altercation with the police in Mauritius where she is stranded along with her young son, Joséphin, her sister, her niece, and her aunt, Marie “thundered, scratched, punched; she was the storm, she was every cyclone, the sea in turmoil, the indignation of an island.”

Laurent first learned about the Chagos through her Mauritian mother, who spent one memorable Christmas of her childhood on Diego Garcia. To reconcile the Chagos of her mother’s recollections (“Mountains of coconut everywhere. The villa of Pointe de L’Est, the feasts, the drinks on the veranda, the welter of decorations”) with what she now knows about it through research, she turned to fiction, forsaking at times “facts and chronology.” Laurent is a clever, spirited storyteller. She knows exactly what to reap and thresh from history. The hallmarks of the Chagossian plight—their forced shipboard crossing, the gassing of their dogs with exhaust fumes, the racism they faced in Mauritius, their being duped into accepting meager compensation from Britain and renouncing their right to return to the Chagos, their recourse to the World Court in The Hague—are unobtrusively constellated in and around Marie’s life. Marie’s grit is inspiring, but her personal journey is eventful to a fault. She can often seem to be in excess of her misfortunes. Marie has lost her daughter in circumstances linked to the evacuation of the atolls. She has been betrayed by the Mauritian man she loves, Gabriel, the secretary of the administrator of Diego Garcia. Her uprooting has caused her periods to stop. In Mauritius, she finds herself living in a metal shack in a shantytown populated by Chagossians. To make ends meet, she sells pails of rainwater to visitors of a nearby cemetery (“for the flowers”), works as a nénène (housemaid), and, later, takes up cane cutting. In 1975 the intense cyclone Gervaise batters the island. She, Gabriel, and Joséphin survive it. She goes on a hunger strike. In the closing pages of the book, she loses someone very dear to her.

An Impossible Return is suffused with operatic misery. Maybe nothing that happened to the Chagossians can ever sit snugly within the tapered confines of literary fiction. The theatricality of it all is the point, the utter tragedy. Toward the novel’s close, the Chagossians are allowed a supervised “heritage visit” to Salomon, Peros Banhos, and Diego Garcia. Marie and Joséphin are among those who go. In Diego Garcia, Marie, “like all the elders, was on her knees. In tears, kissing the ground.” “It’s not much, hope,” Joséphin tells us. “A prayer for oneself. A wisp of dream crushed in the hand, thousands of glass shards, the palm bloodied. A refrain conjured up one morning in weak light.”

Caroline Laurent’s immensely affecting novel shows us that the pain and the blood, the hope—if held onto with enough might and conviction, through the tears—are everything. 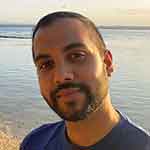 Yagnishsing Dawoor is a freelance writer from Mauritius. His work has appeared in Wasafiri, the Times Literary Supplement, Oxford Review of Books, and elsewhere.