The Doloriad by Missouri Williams 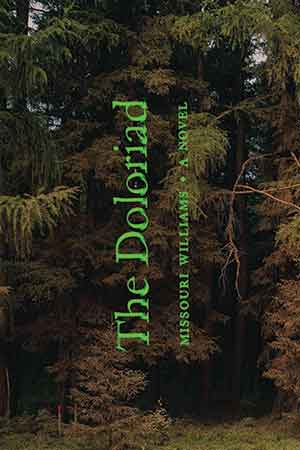 “EVERYBODY WHO HAS read Wise Blood thinks I’m a hillbilly nihilist, whereas I would like to create the impression over the television that I’m a hillbilly Thomist.” Anticipating a TV interview, in late May 1955, Flannery O’Connor wrote this provocative statement in a letter to Robie Macauley, her friend from the celebrated Iowa Writers’ Workshop. This southerly theological sensibility, apt as it is for O’Connor’s writing, also allows us better to approach Missouri Williams’s haunting debut novel, The Doloriad—a science fiction story about human life in a postapocalyptic Czechia.

Dolores is one of the many daughters of the Matriarch, the leader of a large family living at the far end of what used to be a city. The family has been able to grow only by accepting incestuous relationships, yet Dolores, one of the older sisters, is now married off to a man who reportedly lives at the other end of the forest. However, only the Matriarch herself can claim to have any knowledge of this other clan or tribe. The reference to Thomas is embedded not just in the fabric of the book: his name is frequently invoked. The children watch, on VHS tapes, a sitcom about a medieval saint who time-travels to present day, or they are schooled in medieval theology by a mysterious teacher who is taken every day from his home in the outskirts of the city—apparently against his will.

A hillbilly Thomist is someone stretched in two directions at once: there is on one hand a deep understanding of virtue and a Catholic sensibility, which, on the other hand, intersects with a strong sense of the macabre. Perhaps the recent turn in Nick Cave’s music gives us another example of how a theological frame of mind is concerned almost exclusively with the devil. Perhaps the hillbilly Thomist regards the devil not as the paradigm of evil but rather as someone or something both twisted and completely natural (I take it that the movies of David Lynch belong to a different, more secular-minded literature). Indeed, nature as a force to be reckoned with is present in The Doloriad on every page, most often in the form of the sweltering heat and the wilderness that is always on the brink of overtaking the clan’s encampment.

That wilderness, indeed, is also on the brink of usurping this novel. It is not just that the plot of The Doloriad is eclipsed by it; it is that its literary mechanics, the thing that would make it work, its very idea, is also in hiding behind its luscious style. This may very well have been the aspiration for the writer, if this is a story of how humanity ultimately can only commit to life itself, which would warrant the inflated reliance on theology here: life, here, exceeds any eschatology, any knowledge of the last things. For this reason, I suppose that The Doloriad stakes the very significance of humanity, and beautifully too, yet it leaves the reader with little sense of direction.

In Williams’s novel, there is no narrative to connect dark with light; it is the eventual collapse of the story that brings relief. This is the burden of the hillbilly Thomist, who cannot be a Dantesque comedian, when we meet them per una selva obscura.