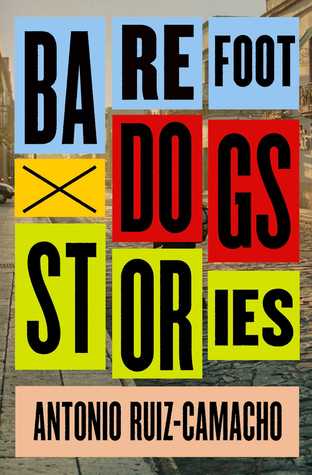 There has always existed a need for a literature of important historical events, social movements, and political tragedies, and from it we hope to discover a better understanding of what statistics and facts can never explain. Such is the case with Antonio Ruiz-Camacho’s debut, Barefoot Dogs, a novel in stories that gives a fragmented but revelatory glimpse of the human costs of the Mexican drug war, a nebulous and little understood conflict that has destroyed more than one hundred thousand lives and gobbled up tens of billions of dollars. Those figures are nowhere to be found in this collection. Instead we find harrowing, painful, and sometimes-funny stories concerning a wealthy Mexican family and its servants, eight interrelated and yet vastly different tales—ranging in form, scope, and voice and taking place in such disparate cities as Mexico City, Austin, Palo Alto, New York, and Madrid—that surround the horrific kidnapping of the family patriarch, José Victoriano Arteaga.

The language of these stories is wonderful, at times recalling Roberto Bolaño and at other times Alice Munro. In one called “Okie,” we inhabit the mind of an innocent child confronting racial discrimination for the first time, and in the next, “Origami Prunes,” we witness the throes of a steamy affair. The latter is a near masterpiece, a romance involving an older Mexican woman and a younger Mexican man, not yet used to living in America, their dialogue couched in layers of ennui, political intrigue, and nostalgia. “Are you afraid of a human’s touch? Have you become that American already?”

In another story, two teenage siblings of the Arteaga family lie in bed in a cramped apartment in New York City and banter about family memories, drugs, relationships, and the city’s seemingly evil rats. In one of my favorites, “Better Latitude,” we encounter a mother in despair, addressing in a long monologue her absent lover, the kidnapped José Victoriano. The woman’s frustrations are set apart in all caps to highlight the hardships of her life. “Why are you doing this to me,” she wants to scream to her former lover, the missing man the book revolves around. Those lines stand apart on the page and offer markers along this winding story, as though leading readers into a complex personal turmoil they’ll need signposts to escape.

Though the kidnapping is the common thread linking these stories, and we see the family come to terms with this tragedy in various ways, information about the crime itself is gleaned only sporadically and in unlikely places, filtered through manifold perspectives that allow the reader to piece together a composite narrative that undoubtedly should be understood through different lenses. This is the power of the short story: a window opens for a moment, then shuts. One can imagine these stories going on forever, each one adding a bit more clarity to the incomprehensible contemporary world we live in, a place full of loneliness and joy and increasingly mundane violence, a reality, sadly, that can never fully be known or understood.