I Must Be the Wind by Moon Chung-hee 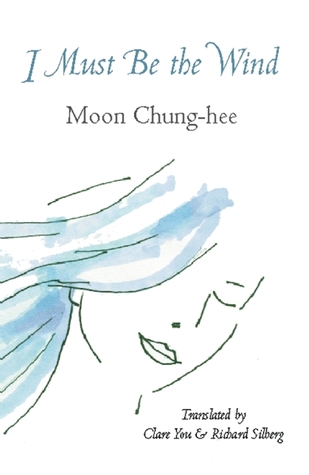 Moon Chung-hee’s short lines are incendiary, bright with images of life as a wife and poet within phallocratic domains. As co-translator Clare You suggests in her introduction, these are poems emanating from a “deeply rooted indignation, anger and passion about women’s suppression, and the denial of their human dignity.”

Exploring those imperatives behind an activism seeking to speak against the “stifling conventions set before her all her life,” Moon asks: “was fire poured into my heart / instead of wine?” before asserting, “I’ve become a blazing volcano.” Some of the vulcanizing in this collection is clearest when Moon writes through the theme of gender constituency; she fights back against the oppressors—often figured as a husband, from whom the poet at one stage requests a sabbatical: “Honey, please don’t look for me for a year. / I’ll be back when I’ve found myself.”

Poems like “Solitude” and “I Wash Windows,” in which Moon tells her readers, “On days when I long for that someone / I wash windows,” suggest an ache—for connection, and perhaps for things to be different—not always salved by those personae surrounding the poet. Her wanderings into fantasy are often inflected with libidinous imagining; in “Naked Trees,” she is the provocateur: “Dress up for men, you say? / Nonsense. / I stripped / for them,” while in “I Must Be a Bad Poet,” Moon recalls feeling “Head over heels on a gondola man, / I trembled all night / to lock him in sculpture.”

These compulsions and energies—to organize language into poems, to love and fight and shout back and sing—are perhaps governed by unconscious, ferociously active economies driven by a desire Moon may well harness (but never control) and sometimes seeks to abandon: “If I just quit poetry, good-bye to unhappiness. / Put pearls around my neck instead of poems, cool!”

These candid texts speak in taut language of the enslavements Moon, an inevitably gendered subject, has been born into. Co-translator Richard Silberg asserts, “In her courage and generosity of spirit, she’s broken new ground for her sister poets in South Korea.” These fiery poems are burnished artefacts of Moon’s ire, spirit, and fearlessness.