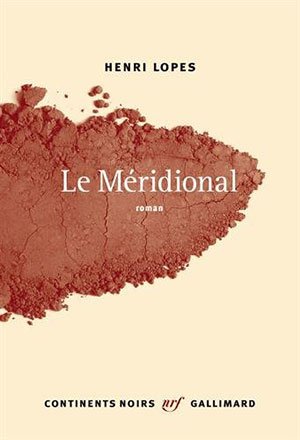 Le Méridional, Henri Lopes’s ninth novel, presents a fine portrayal of the life of an African long residing in France, narrated by a writer whose life bears some resemblances to Lopes’s own. Henri Lopes has considered métissage in several novels, including Le Chercheur d’Afriques (1990) and Le Lys et le Flamboyant (1997). Le Méridional is particularly good at describing métissage when the narrator meets several men in a rather isolated community who are unsure of how to define him. Other novelists who write about how to fit into a dual world include Ahmadou Kourouma (e.g., Le Soleil des Indépendances) and a number of francophone Caribbean writers, including Maryse Condé.

While working on a book about soldiers from central Africa in the two world wars in Europe, the writer moves from Paris to the small island of Noirmoutier, off the west coast of France. He sees many parallels between the island community and communities in southern Africa. In Noirmoutier, as in Africa, French words can take on a special local meaning; oral tradition becomes as important in Noirmoutier as in the Congo. While working on his historical study, he spends much time in the local café, where the proprietor thinks he cannot be African, as he is light skinned. The writer is particularly fascinated by the “Meridional” (the “Southerner”), a black man, whom he gradually gets to know and whose national identity he cannot immediately discover. After a murder has been committed and the Meridional is accused and imprisoned, the writer visits him in prison and, finding they share a literary interest, brings him books.

The Meridional’s real name is Gaspard Libongo. With the narrator, and with Henri Lopes himself, he has an obsession with métissage. The narrator is always aware of his status as a métis (mulatto): “I proclaim that I am Negro, and others call me White, and Whites call me Black.” The mulatto, almost always the product of a white father and a black mother, is often called the product of a brothel, the result of colonial exploitation. Black Americans, anglophone Africans, and South Africans do not often use the term, which is common among francophone Africans.

Gaspard was brought up in the mixed household of a Frenchman and an African woman. He was famous in school as a soccer player and as a dancer. Then he became a militant, working for the Revolutionary Party, but he quit when he realized the crimes the militants had committed and especially his own participation in those crimes. After escaping to France, he changes his identity and announces that he has died so that the many Congolese who try to contact him for money or for a means of getting to Europe will leave him alone. He has no need to confirm an identity. When he is acquitted of the murder charge in Noirmoutier, he plans to go to the Baleares islands and again disappear from public notice. The narrator will retain his identity as “a Black or a mulatto, as if the two weren’t really the same.”