The Fishermen by Chigozie Obioma 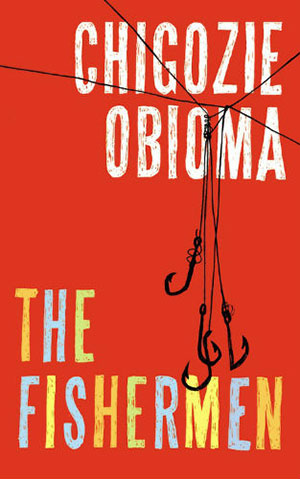 Set amid the political instability of 1990s Nigeria, Chigozie Obioma’s first novel depicts the traumatic events that befall an Igbo family living in the predominantly Yoruba city of Akure. Narrated by Ben, a nine-year-old boy who looks up to his three older brothers, the main events of the novel transpire in 1993, when Nigeria experienced upheaval after an annulled presidential election. Although young, Ben and his brothers journey through the troubled city as violence breaks out. “There were bonfires and burning cars everywhere, for Akure was singed that day.” On subsequent anniversaries of that day, “it seemed as if a band of a thousand invisible surgeons . . . would commit frantic, temporal lobotomy of [our] souls,” leaving the people of Akure “sodden with anxiety, hearts pulsating with fear, heads drooping with the memory of loss.”

Against this backdrop of unrest, Ben’s family disintegrates after his father leaves for a job in a distant city. The father, though strict, is hopeful that his children will achieve a measure of success associated with a westernized, middle-class lifestyle. In a year punctuated by unforeseen tragedy, however, the father’s hope that his sons will be “great men . . . lawyers, doctors, engineers” becomes “a bag of maggoty dreams, long decayed.”

Primarily a plot-driven novel, The Fishermen compassionately represents the misfortune suffered by Ben’s family after an encounter with Abulu, the local “madman” who, though momentarily the object of Ben’s pity, is reviled for his despicable behavior. “He smelt of the broken lives of others, and of the stillness in their souls. He smelt of . . . fearsome and forgotten things.” While the novel’s characters blame their troubles on Abulu’s prophecy, Obioma writes with fierce passion about the psychological disintegration of Ben’s older brother Ikenna, a disintegration that owes as much to the trials of adolescence as to a prophecy. “Ikenna was undergoing a metamorphosis. . . . Though he was no longer accessible, he began to leave shattering traces of himself around the house in actions that left lasting impacts on our lives.”

At times Obioma’s craft falters: the beginning of the novel is marred by clumsy foreshadowing and the prose is at times overwritten, as in this description of Ben’s father: “His word—like an overloaded lumber truck caught in Lagos traffic—slalomed through the pockmarked dirt of his moving speech, halting and jerking and slumping.” At his best, Obioma offers compelling portraits of characters who discover that their place in the world is far from secure: “It dawned on me for the first time that Father, the strong man, could not help me; he’d become a tamed eagle.”