The Woman Who Read Too Much: A Novel by Bahiyyih Nakhjavani 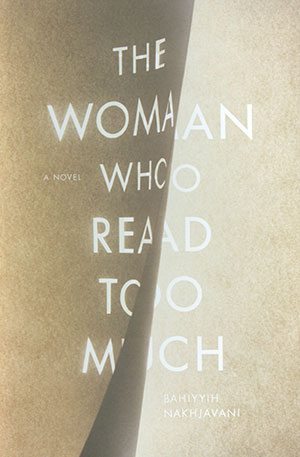 Bahiyyih Nakhjavani’s third novel, The Woman Who Read Too Much, retells the life and martyrdom of the nineteenth-century Persian Bahá’í leader, poet, and early champion of women’s literacy and emancipation movement, Tahirih Qurratu’l-Ayn (ca. 1814–52). Tahirih’s radical challenge to the orthodox Mullahs (religious leaders) and the nineteen-century Qajar court, and her eloquent and radical adherence to the Bahá’í faith, are well known across the Middle East, South Asia, and the Iranian Bahá’í diaspora. Nakhjavani’s treatment of the historical figure is not so much to paint her as an eloquent proponent of the nascent faith but to apply her considerable narrative dexterity to an imaginative novel portraying the life and times of a woman with a strong voice in mid-nineteenth-century Iran who dared remove her veil in public and engage men in religious polemic. It is an engrossing story; to this day, Iranian society has not resolved publicly the social and political rights of women, nor has it clarified the status of religious and ethnic minorities.

The novel is divided into four books of roughly eighty-five pages each—The Book of the Mother, The Book of the Wife, The Book of the Sister, and The Book of the Daughter—each devoted to narrating the encounters among the four female interlocutors and Tahirih after her arrest and confinement in the house of the mayor of Teheran for the final three years of her martyrdom.

The mother’s perspective is contained in the thoughts, words, and actions of the shah’s mother—the cruel, scheming, ruthless regent queen, a proxy for patriarchy and the conservative mullahs—while the sister’s story centers on the helpless abjection of the shah’s sister, whose status is reduced to that of a mere pawn in the evolving intrigues of the Qajar court in the tussle for political power between the regent queen, the shah, his ministers, and the army. The mayor’s wife joins this tableau vivant of allegedly “free” women with no voice and no vision of their own gazing in disbelief, stupefaction, incomprehension, and grudging admiration at Tahirih, their prisoner, who shocked her countrymen with her “naked face” and fearless words. Nakhjavani’s writing is exquisitely evocative as she delves into the conflicted psyches of these unnamed women known only by their kinship terms who long for the simple courage of their prisoner to speak the truth but who are unable to do so, imprisoned as they are in their gilded cages of patriarchal bonds.

Tahirih’s final martyrdom and the hagiographic import of her death are detailed in the concluding Book of the Daughter, where Nakhjavani expertly weaves together the various threads of disparate lives and events that had come into contact with the poetess of Qazvin as Iran itself suffers the dehumanized panic of a “bread riot” and the assassination of the shah himself. Freedom cannot but be both a personal and a public goal in all true struggles.