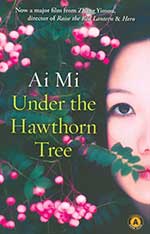 Under the Hawthorn Tree

Ai Mi’s bittersweet love story perfectly intertwines China’s politically volatile Cultural Revolution of the 1970s with the innocence of youth. Jingqiu wishes only to work hard and make her family proud. Through a series of political events, however, she meets Jianxin. The two fall into forbidden love, only to have it ripped apart by the cruel hands of fate in an unexpectedly heart-wrenching ending. 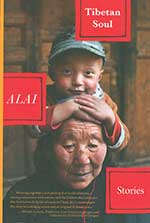 Now a full-time writer after a long prelude as a farmer, a construction worker, a tractor driver, and a history teacher, Alai brings his myriad of experiences as a Tibetan to this collection of short stories. He combines elements of traditional folklore with modern life, giving a rich portrait of the varied culture in his homeland. 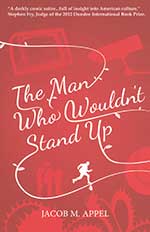 The Man Who Wouldn’t Stand Up

The Man Who Wouldn’t Stand Up is the debut novel by prolific short-story author, playwright, and columnist Jacob M. Appel. The narrative begins in 2004, at the height of post-9/11 patriotic fervor, when introverted New York botanist Arnold Brinkmann refuses to stand up during a rendition of “God Bless America” at a Yankees baseball game. Appel satirizes jingoism in the decade following tragedy through the slings and arrows that rain on his main character. 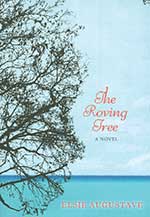 Iris Odys is caught between two worlds: the politically oppressive Haiti of her birth and the culturally uninviting America into which she was adopted. Iris’s ensuing cultural identity crisis causes her to write a letter to her own newborn daughter. This personally addressed autobiography makes up the bulk of The Roving Tree. Augustave ultimately illustrates the devastating rootlessness of cultural disaffiliation. 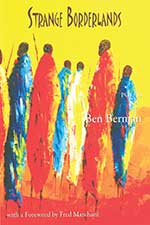 In this collection of poems inspired by his experiences in Zimbabwe as a Peace Corps volunteer, Ben Berman manages to capture the ephemeral quality of cultural collisions. Sometimes humorous, sometimes soul wrenching, these poems explore the edges of difference with a wry and tender voice. A well-written foreword by Fred Marchant provides an in-depth look into Berman’s work. 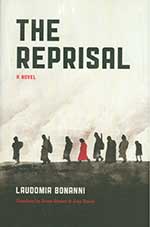 Laudomia Bonanni sets this novel during a crucial turning point in Italian history—the end of World War II and the corresponding fall of fascism. A pregnant woman suspected of opposing the fascist regime is captured and sentenced to death, but only after she gives birth. The bitter and fierce style of writing is evocative of the struggles of many during this time, driving a novel full of brutality, politics, and emotion. 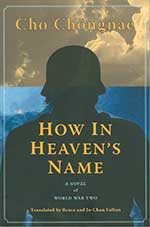 How in Heaven’s Name: A Novel of World War II

No event in the twentieth century had as much of a global impact as World War II. Cho Chŏngnae is revered as one of Korea’s greatest writers, and his newest novel doesn’t disappoint. Following soldiers’ stories from both the Axis and Allies, How in Heaven’s Name explores the many tragic truths about World War II. 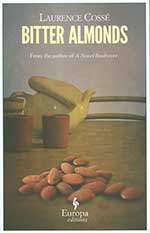 Fadila is a sixty-year-old Moroccan immigrant, and Édith, her employer, is a well-to-do, sophisticated Parisian. The two women form an unlikely but rewarding friendship when Édith attempts to teach Fadila to read and write. The women bridge the many barriers between them with a combination of persistence, curiosity, and humility. Laurence Cossé contrasts her characters’ lives with respect and an understanding of their often-divergent cultures. 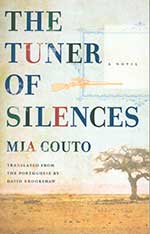 The Tuner of Silences

The Tuner of Silences is Mozambican author Mia Couto’s eighth novel to be translated into English. Translator David Brookshaw renders this colloquially written story about eleven-year-old Mwanito confronting a legacy of war. Dealing with issues both familial and national, The Tuner of Silences is a grim, surreal portrayal of war and its lasting consequences. 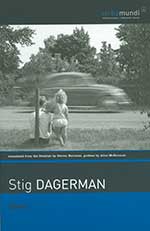 Translated into English nearly sixty years after the author’s suicide, Sleet is a collection of short works by Swedish literary wunderkind Stig Dagerman. The stories collected offer a clear-eyed view of post–World War II Sweden rendered with tragedy, satire, and the brick-and-mortar facets of the modernist, industrialized world. Sleet is characteristic Dagerman—simultaneously confirming of the mercilessness of existence and sympathetic toward its victims. 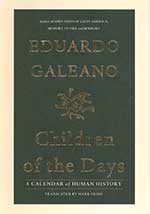 Children of the Days

This nonfiction translation of distinguished Latin American poet Eduardo Galeano is subtitled A Calendar of Human History and is written in the medieval style of a book of days complete with illustrations at the beginning of each month’s section: February 21, “Silence”; July 21, “The Other Astronaut”; December 10, “Blessed War.” Such chapter headings indicate this is history like you’ve never read it before—obscure, biting, beautiful—and a timely classic in the making. 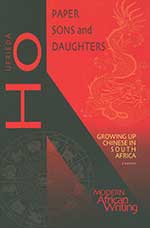 Ufrieda Ho’s memoir, subtitled Growing up Chinese in South Africa, describes the lives of an illegal immigrant family who reside in the marginal space allotted to nonwhites in apartheid Johannesburg during the 1970s and ’80s. Lacking a formal education and ineligible for most legitimate employment, father Ho Sing Kee becomes a shadowy gambling manager known as a “fahfee man” in order to support his family. 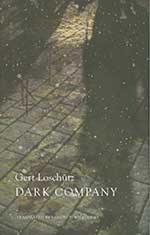 Subtitled A Novel in Ten Rainy Nights, this work traces the thoughts of a man as he wanders through the damp German landscape and journeys into the memories of his past in Poland, New York, London, and Germany. Following Kafka’s tradition, the intriguingly dark and beautiful prose of this English translation invites the reader into a land of rain and shadows. 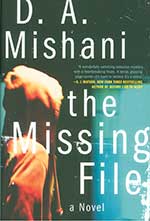 When sixteen-year-old Ofer disappears one morning while on his way to school, Detective Avraham Avraham is brought in to investigate a case that will consume his life. As Avraham discovers more about the boy, the mystery of his disappearance becomes even tougher to solve. D. A. Mishani’s The Missing File is the first installment of a gripping new crime series. 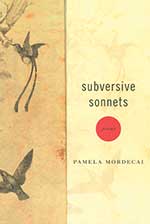 Deftly using the sonnet form as a framework for her verse, Pamela Mordecai tells stories vibrating with life and traces the arc of human emotions from birth to death. A strong current of Caribbean family history combined with the rhythms and cadence of Jamaican creole underlie these thirty-two poems. While Mordecai’s gaze often falls on difficult and painful realities, she defiantly embraces the joy and musicality of language to define these realities. 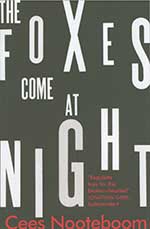 The Foxes Come at Night

This small paperback gives readers a noteworthy sample of Dutch author Cees Nooteboom’s writing. The eight linked short stories cross back and forth in the Mediterranean, giving sharp glimpses of moments in life that persist in memory and experience. At times darkly melancholy yet at the same time hopeful, The Foxes Come at Night makes an indelible impression on the reader. 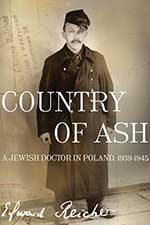 Edward Reicher, a Jewish doctor in Poland during World War II, kept copious notebooks detailing his experiences in the Lodz and Warsaw ghettoes. He witnessed countless acts of horror and violence but also many instances of heroism and compassion. Along with his wife and daughter, he managed to survive the war by a combination of wit and miraculous luck. Country of Ash is a moving memoir, a finely crafted and beautifully written story. 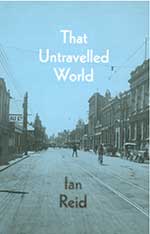 In 1912 Harry Hopewell is an enthusiastic young man ready to accept the challenge of moving to Perth and working on the wireless station established by the new Australian Commonwealth government. But when his friend Nellie and her parents vanish without a trace, Harry’s world begins to crumble. Celebrated author Ian Reid’s latest tale is the incredible journey of a young man through the Great War, the Depression, and the years after. 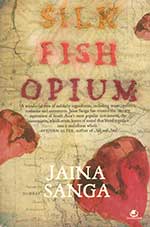 A novel reflecting the multicultural background of its author, Silk Fish Opium is a romance set in India during the time of Partition. Rohini is the daughter of a wealthy Hindu silk merchant who falls in love with the anonymous Muslim musician Hanif. As if class and ethnic divisions weren’t enough, their romance is continually disrupted and complicated by India’s ongoing struggle for independence. 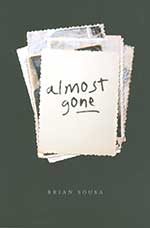 This novel epitomizes the novel-in-stories concept. Through this method, Brian Sousa perfectly blends four generations of Portuguese American struggles endured by a family. Told from different perspectives in different years and cities, the novel delves into the secrets and stability desired by a family of Portuguese immigrants. It looks deeply at their familial life, culture, and, most importantly, their devastating hardships. 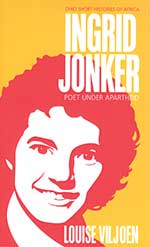 The public’s fascination with the phenomenon of South African poet Ingrid Jonker has inspired several biographies, academic studies, translations, plays, and a movie. Works about Jonker far outnumber the pages of her own writing. She drowned herself in the ocean at the age of thirty-one, ending a tumultuous life that intersected with a volatile period of South African political and social change. 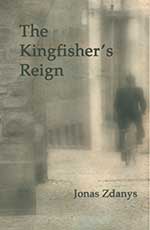 Poet and translator Jonas Zdanys brings his cultivated aesthetic to bear in this collection of short prose poems. His verse is evocative of the mundane present day, but an aura of mythology and deeper meaning is always present beneath the surface. He describes places and people with a subtle sense of wonder and communicates his sentiments with calm craftsmanship.