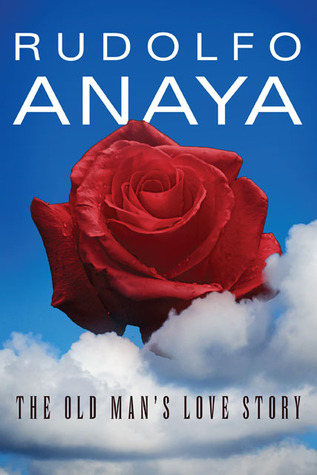 Love, grief, and memory form the thematic triad in Rudolfo Anaya’s The Old Man’s Love Story, a novel that speaks to our shared humanity and to what shapes our lives in their truest dimensions. Anaya’s narrative craft appeared fully developed in Bless Me, Última (1972), his founding novel that closes with Antonio’s grief over Última’s looming death but also with a consoling revelation: spirits can be invoked in moments of sorrow (“if despair enters your heart, look for me in the evenings”).

The Old Man’s Love Story is a dignified portrayal of the novel’s main character, who is in the process of facing despair and loneliness: his wife and soul mate is now an angel gone homeward. The writer’s resolve to transform the personal experience of mourning into an art form is an evident attempt to reach the reader’s heart and imagination. The dramatic impact, however, transcends sorrow and desolation; comedy enters in unexpected moments, producing a range of emotions that offer the possibility of reading the novel as cathartic and thus as a personally significant experience. In Anaya’s words (and with the poetry of Nezahualcóyotl in mind): “That’s all that lasts, beauty of flowers and songs.” At one point in the novel the old man’s wife appears and gently whispers: “I am here as long as you remember me.” Utter the word “love,” the old man tells himself, and the image of the beloved “jumps up.” Like a modern-day Pygmalion in love with an image, the old man encounters the essence of his wife first in a photograph, then inside himself, followed by a moment of truth: “love is two persons becoming one.”

The novel consists of a preface and twenty-seven stories, combining to reach a number associated with lunar cycles, the “madness” of love beyond the grave (“I will always love you”), and the lunacy of a world that lacks a redemptive illumination, a darkening earth torn by wars abroad and by the political distortion of religious beliefs in the East and in the West (“my God is better than yours”). Anaya charts a journey of grief with moments of touching humor and critical stabs at our modern age, with its repression of the incantatory power of myth and an inclusive faith. I will not reveal the novel’s conclusion but will assert that it rivals the myth of Quetzalcoatl’s exile in the East, traditionally portrayed in a raft of serpents with the promise to return or leaving to immolate himself in a pyre, with birds of precious feathers rising from his ashes. Beyond the story of love, mourning, and dreams, the novel ignites the reader’s imagination through the symbolism of numbers and the alchemy of apparent opposites who become the eternal couple through death and transfiguration. In The Old Man’s Love Story, Anaya brings the power of magic and memory to a world of ashes and dust.