Calcutta: Two Years in the City by Amit Chaudhuri 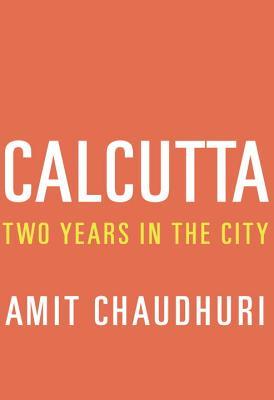 In his last work, Lebensanschauung (1918), the German sociologist Georg Simmel articulated a concept of the modern individual as a boundary between boundaries and the dialectic of double boundary as the fundamental relationship of individual and society. Simmel was born, studied, and taught in Berlin, the “maximum city” that inspired his reflections on modernity and modern culture, including his famous 1903 essay, “The Metropolis and Mental Life.” In the same city, a century later, Amit Chaudhuri was contacted by his agent with the idea of him writing a nonfiction book on Calcutta. After declining, saying that he’d rather write a book on Berlin, it took him three years (and a comment from a poet friend on Calcutta’s homeless citizenry) to change his mind and three more to deliver what is arguably his most personal and perambulatory book to date.

Covering approximately the biennium leading to the historic victory of the Trinamool Congress over the Communist Party of India (Marxist), in the West Bengal assembly election of May 2011, Calcutta: Two Years in the City is a long, elliptical, meandering, and largely enjoyable departure from its alleged inspiration. Had Chaudhuri approached his subject more gravely and with the “sociological rigor [that] is essential when you’re writing of a city,” we would have perhaps a more terse and coherent book, but likely a less fascinating one.

Instead, he takes a number of tentatively and suggestively circuitous routes through a city he is twice removed from (having grown up in Bombay and lived most of his adult life in Great Britain) but to which he chose to return in the late 1990s, prompted by the need to look after his aging parents and determined to spend the rest of his life there. Yet “there”—as Chaudhuri realizes after a decade as a resident—is neither quite “here” nor exactly “elsewhere” (say, in Norwich, where he still spends a few months a year teaching) but somewhere in between—like the identity of a city split between two spellings of the same name (Calcutta/Kolkata), buried under layers of consumptive modernity, then booed and bypassed by the cortège of globalization.

Yet in spite of, or because of, all this, Calcutta is also a city with its own particular spleen, which Chaudhuri (a reverent if still reluctant denizen rather than a full-fledged, pukka citizen) pursues through a montage of personal memories, domestic scenes, street conversations, parlor interviews, gourmand explorations and divagations, literary references and bits of historical information, and family history. Each of these experiences, encounters, and explorations represents a boundary between boundaries (social, cultural, linguistic), which Chaudhuri crosses naturally and insightfully or traces and surveys with characteristic understanding, even when unwilling to overstep or question them, as in the case of the genteel, slightly patronizing, and occasionally petty excursus on domestic help.

The result is a modernist canvas that mirrors the complexity and diversity of the metropolis itself and is in turn mirrored by Chaudhuri’s idiosyncratic style, blending autobiography, literary reportage, and personal essay and punctuated by a Jamesian penchant for the peculiar word (“rebarbative,” “spectatorial,” “studenty”). More than one reader may wonder, wishfully, about a future book on Berlin.