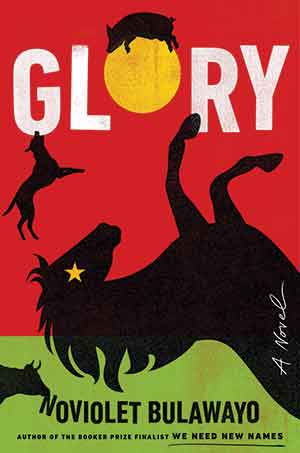 Various strategies satirize the cultural, political, and socioeconomic costs of colonialism and neocolonialism. So, for example, Jidadan English incorporates current American slang—for example, “She’d be first-rate . . . supercalifragilisticexpialidocious.” “Ginormous” and “humongous” modify Jidadan phenomena (a python, a crocodile, their war). And the newly ousted Father of the Nation (aka Mugabe), who prides himself on speaking English “better than the English,” shocks his sycophants by yelling, “A fatherfucking coup wena nja mgodoyi msanthanyoko!”

When possible, even the too-many poor Jidadans consume global capitalist culture—Coca-Cola, Princess Diana, Czech boots, Arsenal caps, and Samsung phones—enjoy “eat-all-you want Chinese buffets,” post selfies online, and eventually “seek refuge in virtual living.” Before and during the election of 2019, they tweet the hashtag #fairfreencredibleelection and upload to Facebook, YouTube, and WhatsApp photos of themselves sporting “I voted” stickers, while Siri becomes Tuvy’s (aka Mnangagwa’s) muse. But North Korea and China, too, make disastrous inroads here. The former nation trained Jidada’s bloodiest combat unit to conduct the Gukurahundi. Even while publicly scorning communism, Jidada’s leaders call the Chinese “comrades” and offer them rights to essential Jidadan assets.

Riffs on Swift, Dickens, Conrad, and Orwell further link Africa and the West. The monster crocodile is “Brobdingnagian.” The section “Tholukuthi A Tale of Two Countries” explains why Jidadans live online: “it was the worst of times . . . the worstest of times.” Sensing Jidadans’ hate for the blood he let, the Father of the Nation dreams of “running into the very terrible heart of redness.”

Contemporary Western and traditional African expressive modes likewise intertwine. Tweets from Zimbabwe and elsewhere comprise entire subsections, while whole pages reiterate “take-take-take,” “I can’t breathe,” or “and talks to the dead.” That leaders and elites call their nation “Jidada with a -da and another -da” seems innocuous at first but increasingly signs jingoism. Countering this, Tholukuthi (“as is true”), often placed first in a sentence, acquires the force of chant, while some later subsections begin, “When those who were there told it . . . what they meant was . . . ,” the “it” content repeated word for word after the second ellipsis. This imparts the reverential tone of oral epic. The ancestral voices, Destiny’s recitation of her written narrative, and the “we” evoke the griot tradition. All tell their stories so “they will be told right.”

As Glory follows Jidada deeper into the darkness, horror eclipses satire. Mugabe is dead; Mnangagwa persists. Free Zimbabwe remains a dream. Pledged “to all Jidadas, everywhere,” this haunting novel recalls too many bloody national histories but cites Zimbabwean author Yvonne Vera to remind us: “The dead are not dead.” They live on in oral and written testaments like Bulawayo’s.