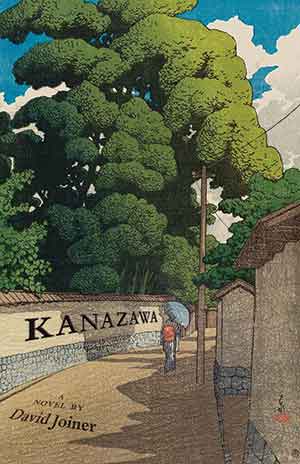 EMMITT HAS A PLAN for the next year: move out of his in-laws’ house and into his dream home with his wife, Mirai, quit his unfulfilling English teaching job, and do some soul-searching while he renovates the home for a year. His ideal life in idyllic Kanazawa, in central Japan’s Ishikawa Prefecture, is just within reach, but on the day that they’re supposed to sign for the house, Mirai doesn’t show up. Her competing vision of a life for the two of them in Tokyo threatens the life that Emmitt thought he would have, and when she begins taking trips out there to be with her sister, they find themselves suddenly distant in both geography and emotions.

What to do with these gulfs that open up between people becomes one of the central questions of the stories, and it’s never a neat answer for any of the characters faced with it. Communication breaks down as words seem to lose their power at the gaps, and though the characters try to stretch toward one another, they’re always just beyond where their fingers can grasp.

The past is a powerful force in the novel: it drives characters forward at times, anchoring them in place at others, and sometimes simply sitting with them in the form of questions that can never be answered, but at all times it’s a presence in the room to be reckoned with. Emmitt in particular is someone inexorably drawn to the past, to the point that others worry about him being swallowed by it, particularly when his own future seems so uncertain.

This preoccupation with history is more than just Emmitt’s, however. The whole novel is rich in intertextuality, weaving in the history of the town and the work of one of its famous former inhabitants, Izumi Kyōka. In many ways, Kanazawa produces with words a similar effect to wandering around an old city; even if it’s unfamiliar territory, the texture of the textual space that David Joiner has created thrums with this history as the plot slowly and deliberately unfolds.

Reflective and atmospheric, Kanazawa is a story for sitting with. The drama and conflict are experienced not as grand explosions of intense emotion but as a quiet gnawing from within that is far less easy to escape. Joiner’s patient attention to the interiority of his characters and a strong sense of place create a moving portrayal of the messiness of relationships and the ways that all the things we hope to bury in the past stay with us.