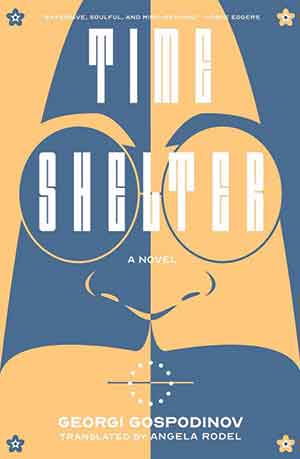 THE PROTAGONIST OF the novel Time Shelter reads a newspaper article describing a geriatrics doctor who “decked out his office in the style of the ’60s,” complete with a gramophone and a poster of the famous Sgt. Pepper’s Lonely Hearts Club Band album cover. The doctor noted, the article said, that when visiting his office, patients with memory issues “became more talkative, in other words, they felt at home.”

“That was my idea,” claims the protagonist, a writer of fiction. “I’ve had it in my head for years, but clearly somebody beat me to it.” He envisions a story in which he meets a fictional geriatrics doctor named Gaustine, creating with him a “clinic for the past” for patients suffering from memory loss. Rooms are prepared with scents and settings from different decades providing relief for the varied memory ailments from which the patients suffered.

The author takes this concept to a larger scale. As detailed in the next part of the novel, memories of better times lead European citizens across the continent to hold referendums in which they vote on which past they should return to in order to solve their nation’s particular woes in the present day.

After considering the results of these national referendums, the protagonist returns to the homeland of his own past, Bulgaria. Seeing a giant Bulgarian flag pulled by three hundred drones across the sky, watching a thundering horo dance, and smelling the scent of roasted peppers at dusk all provide him with an opportunity to place his visions of fictitious Gaustine in perspective.

At times satirical, at others philosophical, the novel Time Shelter is written in Georgi Gospodinov’s unique “anarchic and experimental” style, as the New Yorker described his debut book, Natural Novel. Time Shelter is not as fragmented as the author’s second novel, The Physics of Sorrow, but its nonlinear plot may not appeal to all readers.

The underlying theme in Time Shelter is whether our memories of the past, real or imagined, can protect us from the temporal chaos outside our daily lives. In real life, memories may not shield us from that chaos, but in Gospodinov’s imagination, anything is possible.