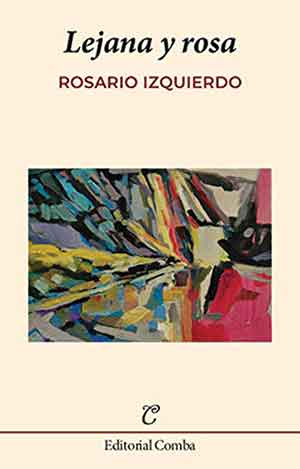 CARMEN, a thirty-six-year-old professor, visits her hometown, Tarsis, a mining town in the province of Huelva in southern Spain. The return brings back memories of the summer she turned seventeen, a summer marked by the accidental death of her father, her first forays as a writer, as well as her conflictive love relationships with Julián, school boyfriend, and Álvaro G., famous writer residing temporarily in the area. Carmen’s return offers her the opportunity to make peace with those events and move on with her life.

Lejana y rosa (Far and pink) is more than a novel about the personal problems of a woman in crisis. It recovers the working-class memory of the region with its history of class conflicts, fights for emancipation, and working-class solidarity. Through the experiences of a teenaged Carmela (Carmen’s nickname as an adolescent), the book discusses two key moments in the history of Spain: the decade of the 1920s that prepared the way for the advent of the Second Republic in April 1931, and the change from Franco’s dictatorship to a liberal democracy in the 1970s (a period known as Transición).

On one hand, the conflicts in the 1920s between the British Company, owner of the mines in Tarsis, and the Spanish miners become the background of the novel that Carmela starts to write that summer. The mining conflicts make up the subject in the essay Álvaro is writing and the memories her abuela Concha shares. The stories of love, adultery, and suicide that Carmela researches for her novel serve to foreground social and political issues such as ownership of resources, foreign interference in the Spanish economy, political corruption, environmental degradation, and poverty.

On the other hand, the young Carmela lives the Transición, when Spain moves from a dictatorship to a liberal democracy. While Carmela’s relatives and neighbors contemplate such change with unrestrictive optimism, her lover and mentor, Álvaro G., offers a more sober view. During his conversations with the protagonist, in articles and interviews mentioned in the novel, Álvaro points out the limitations of the Transición to satisfy the demands of the populace for changes leading to a more equal distribution of wealth and power in Spain.

Lejana y rosa combines personal and social history in a fiction that defines a social and political conflict. In doing so, Izquierdo aligns with a political trend in contemporary Spanish literature alongside authors such as Rafael Chirbes, Isaac Rosa, and Belén Gopegui. After the publication of Diario de campo and El hijo zurdo, this third novel by Izquierdo confirms her literary trajectory as a politically committed author.