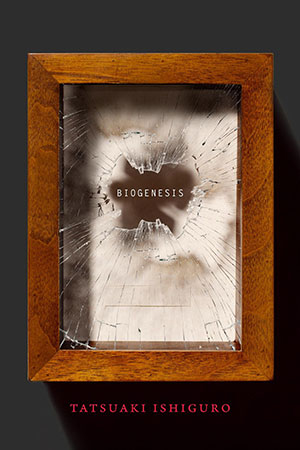 This first English translation of Tatsuaki Ishiguro’s metafictions comprises four stories about the last specimens of exceedingly rare, geographically isolated species facing extinction: tiny winged mice that glow and shed tears; a white-haired, amnesiac young woman, her body temperature far below the human norm; a lovely, white, transparent weed, its glow radioactive; a tasty sea squirt, its ugly cancerous tumors both symbiotic and healing. Like the best speculative fiction, this volume stirs thoughts of man, nature, and life itself as it links procreation, evolution, and the life cycle.

The three strongest stories simulate scientific articles, apparently plotless, their language austere. The first, longest, and most powerful, “It Is with the Deepest Sincerity That I Offer Prayers . . . ,” appears in type font like a draft, contains charts and photographs, and cites logs and interviews, ending with footnotes, date, and the fictive narrator’s name: Ishiguro. But as these faux documents trace the arduous quest for scientific “truth”—its twists and dead ends, successes and failures, the intellectual, psychological, emotional, and even physical toll it exacts (as Koestler demonstrated regarding biologist Paul Kammerer in The Case of the Midwife Toad)—they shape thrilling adventures. Only the last, shortest, and least satisfying, “The Hope Island Sea Squirt,” boasts conventional form and style. Recounting how an American lawyer eradicates a species to save his dying daughter, the omniscient narrator’s prosaic language underscores the poignant beauty of the earlier, more “scientific” narratives.

Certain themes pervade these tales: evolution as random; birth and death united in the reproductive act (e.g., AIDS as metaphor in the first story); overpopulation and eventual extinction from evolutionary success; the death-in-life of longevity without memory or action; the unintended consequences of human intervention; man’s own vulnerability as natural organism. Indeed, as the self-appointed preservers fight desperately to keep their specimens from annihilation, impelled by the “self-centered logic of the living” and a “fear of death,” they glimpse in their subjects’ impending extinction the end of self and species.

Showing how bias fuels and colors scientific objectivity, these stories also critique the scientific establishment for its smug bias against “amateurs” and those who move beyond their fields of expertise as well as its self-serving hierarchy of who and what should be funded or published. They likewise underscore the West-East power imbalance: the scientists here, revering peers who studied or published in the West, hope to place their work in Western journals to garner respect and a wider audience (exactly what this volume accomplishes). So, too, the West ignores the promise of non-Western “folk medicine” (e.g., the mashed sea squirt that once treated Hope Island’s population), while each story validates the folklore surrounding its species.

Finally, these tales portray scientists as passionate detectives whose ultimate questions can never be resolved. The first three, translated into language both spare and supple, achieve an almost poetic simplicity that evokes, like haiku, the depth and mystery of the universe and the fragile, transient nature of existence. Indeed, Biogenesis approximates Wordsworth’s “thoughts that do often lie too deep for tears” or the Japanese Yūgen.