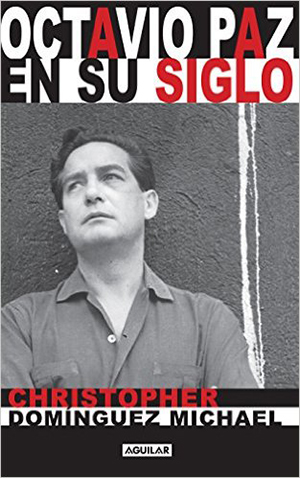 This magisterial biography—already published in an abridged French version with an English one forthcoming—is the painstaking work of an eminent critic of Mexican literature and culture and has engendered an extensive, admiring reception. Domínguez Michael knew Paz better than any of Paz’s contemporaries and close circle (of which he was a member) and, by acknowledging the resultant complexities, produces an interpretation, not an accumulation of facts. This is a challenge, since as a poet Paz pursued experience where it was most intense and, as an influential public intellectual, broke the monotony of an indecorous age.

Domínguez Michael eradicates irreversibly the colonized view that there are no Spanish-language literary biographies akin to English-language ones, a view he corrected with Vida de Fray Servando (2004). This is obvious in terms of psychological appraisals, as in the arc from the third to the twelfth chapter regarding Paz’s problematic relationship with his first wife, Elena Garro, and their daughter. If Paz is feasibly more revered as an essayist and “conservative” intellectual, the fourth and fifth chapters convincingly analyze his progressive commitment and eventual disappointment. Is there a problem with recounting how and why he wrote The Labyrinth of Solitude, founded Vuelta, etc.? None. And asking biographers not to do their homework and be “original” with facts and biographemes is disingenuous.

Domínguez Michael also solves a frequent complaint about Paz’s complete works by referring to his correspondence and objectively evaluates the role of poetry for a fuller understanding of Paz, masterfully correcting the abundant but poorly informed criticism. Similarly, in chapters 9–11 (which contain a subtle study of Paz’s biography of Sor Juana), he avoids adding to the speculation about the reasons for Paz’s distancing from longtime friends, Carlos Fuentes among them. When he doggedly reconstructs moments of crisis that have not left major traces in Paz’s works, as he does in chapters 8–9, Domínguez Michael makes the silence that surrounds them speak with intensity.

Time and time again he concentrates on some unknown moments of Paz’s life, making biography and history cross in novel and emotive ways, a conjunction found in the best biographies. The last chapter, suggestively titled “Family Dramas,” is more an analysis of the dysfunctional families that inform the Western world. Judicious but bold, Domínguez Michael infuses passion in every page about one of the finest intellectuals of the twentieth century, and to deconstruct his hero he reconstructs the artistic world and images that fixed Paz in the popular imagination, proving that the Nobel laureate was thoroughly “in his century.”

This monumental biography has fueled controversy among those who shared or rejected Paz’s convictions. But it is impartial, as befits one of the largest lives ever lived. Paz has not found his Edel, Ellmann, or Stach but rather a combination of them, with some Holroyd-like insights included for good measure. This is not unanticipated, since Domínguez Michael is also an authoritative interpreter of world literature and criticism.