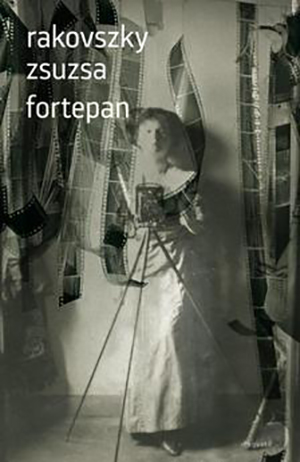 It was nine years ago that Zsuzsa Rakovszky published her last book of poetry, Visszaút az időben (Going back in time). Since then, proving her prowess as a writer of fiction, she brought out a collection of short stories and two novels. The present collection of poems seems to be a continuation of Visszaút az időben in the sense that much of her verse is informed by the past, by her experiences of childhood and early youth.

Fortepan—the strange title denotes a collection of photograph—is divided into two parts: the cycle “Napéjegyenlőség” (Equinox) contains a string of poems, some lyrical, others veering toward the epic. While “Dal” (Song) is an evergreen meditation on the problem of transience, the cycle also comprises two stories—the first one, “Novella,” relating the exitus of an elderly person seen from the point of view of the (probably much-younger) narrator, while “Ballad” is a contemporary thriller told in jaunty iambic quatrains.

After this, it is no surprise that the cycle “Fortepan” mixes lyrical introspection with epic descriptiveness. At the same time, Rakovszky’s new poems are tinged with a kind of surrealism; even in a poem entitled “Objects,” the very existence or reality of objects is questioned: “the thought tempts me that / these mirrors, lamps and inkpots / don’t exist / their existence is sheer delusion,” concluding that, viewed through the camera of memory, the same objects are glorified and it is the “now” that appears “ghostly” and “unreal.”

The last eight “snapshots” in Fortepan are arranged in a sequence following the lifetime of the poet/narrator; they embrace forty years of Hungarian history, spinning the story through different decades and locations. Rakovszky’s chosen verse form here is the octave, a conservative meter, which she handles with impressive ease and sophistication. Some of her axiomatic summaries of a particular year or period stick in the mind: 1956 is described as “mikor a szörnyű rend ólomfalát / az álmok árvize harsogva törte át” (when the leaden wall of a terrible order / was roaringly broken by the flood of dreams), and the 1970s are described as the “decade of comfortable despair / and flavourless joy.” Rakovszky also manages to catch the mood dominating the collective psyche after the change of regime of 1990 as the nation is tossed between hope and fear, feeling shipwrecked.

Fortepan is a thin book of verse but a rich one that ought to be read more than once.