Under Brushstrokes by Hedy Habra 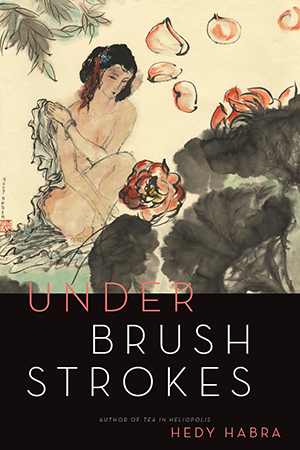 It is easy to like Hedy Habra’s poetry. She has proven herself a versatile poet and has a distinguished body of poetry to her credit. After Habra, a painter herself, wrote about the process of painting and sketching in several poems from her last book, Tea in Heliopolis, it felt only natural for the poet to surrender to the artist and allow herself to delve into the artwork that has long inspired her. In that sense, Under Brushstrokes does not disappoint.

Although the theme of her work is not new, it remains a sparkling idea. Each poem takes on a different work of art as the poet enables the reader to become intimate with the likes of Brauer, Van Gogh, and Klimt. Habra does not describe the artworks but instead uses the images as a basis for her exploration of the surreal and the dreaming psyche. Her language is vivid and expressive, her poems rich in imagery, substance, and sounds. They are a conversation between artists and their subjects without abiding by the laws of time and space. Habra is not satisfied with exploring the psyche of the artist only but dives into the psyche of the characters in the paintings as she imagines the events before or after the portrayed scenes, alternating from the different points of view of the characters in the paintings: “You got it all wrong,” Europa says in “It Takes Two to Tango”; “no one ever heard my side of the story.”

Although the poems in this wonderful collection all respond to art in one way or another, the poems themselves, which alternate between prose and verse, are so connected to the artworks they discuss that they manage to stand on their own. It is difficult to determine what has entirely captivated me here. Maybe it’s Habra’s restless courage as she continues to take chances and negotiate the possibilities of communication, form, and transparency. Maybe it’s the poems’ honesty, visceral energy, and reverie. What I know for certain is this: Hedy Habra remains one of the few poets whose works continue to astonish me.