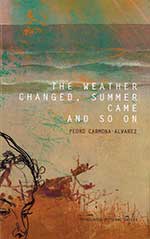 The Weather Changed, Summer Came and So On

This tragic novel follows the traumas and joys of a family torn apart by the death of two daughters, as seen through the eyes of the third daughter, who arrives after this devastating event. She beautifully relates the pain, doubt, and confusion of her parents’ attempts to recover and progress—and her own development and difficulty finding her identity—in an environment where love is conflated with so much grief. 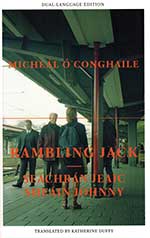 Music and desire seep through this tale of taboo romance between an older man and the young woman he becomes obsessed with over several years. The quickly unraveling narrative, free of dialogue markers, with language that flows effortlessly, reveals the capacity of the human mind for fixation on an image of someone and its ability to hold onto a regret or pain over the course of many years, ultimately destroying those who cannot escape their mind. 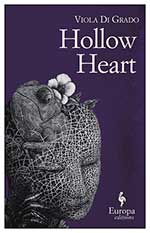 The dead Dorotea Giglio serves as the narrator of this surprising and beautiful novel after she slashes her wrists in a bathtub in the very first paragraph of the book. What follows next is a troubling, darkly funny, and creative examination of life and life after death. From the beginning, the reader knows that the author is not afraid to shock and approach the somber, grim topics we often avoid. 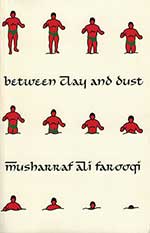 Between Clay and Dust

In the newly developed Pakistan of 1947, a wrestler and a courtesan—remnants of two different traditions in a world of changing values, borders, and perspectives—must try to find their places. Faith, desire, loss, and a deep connection to culture engender the power of this understated narrative. 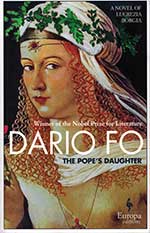 In imagining hilarious and scandalous interactions and snappy dialogue, Dario Fo brings the infamous Lucrezia Borgia to life. He removes her from the reduction to mere victim or evil temptress and constructs a compelling and comic tale from a removed, third-person perspective that ironically comments on all the Borgias’ antics (or murderous schemes). 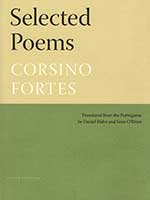 As a native of the colonial Cape Verde Islands, Corsino Fortes elaborates on the landscapes of his home and often mingles the beach and ocean with the body, personifying the islands. English readers can discover his perspective and lyricism with the benefit of the poems in the original Cape Verdean creole and Portuguese included side by side with the English in this edition. 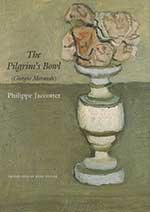 Words, though imperfect and imprecise, allow Philippe Jaccottet to develop and explore his reactions to the artwork of Giorgio Morandi. The author deals in paradox as he attempts to illuminate the power of these paintings when he knows that the paintings themselves hold much more meaning than words could ever do, but he hopes to translate the emotive aspect of this bare and stark art. 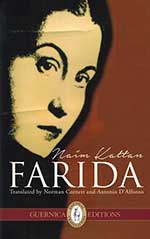 Naïm Kattan places his sensual and passionate love story in a situation rife with conflict in Iraq before the advent of World War II. Religious, political, and cultural clashes are juxtaposed with intense matters of the heart as Farida, a Jewish cabernet singer, embarks on an ardent, tortured romance complicated by jealousy and ambitions. Kattan’s simple yet lush prose, ably rendered by Norman Cornett and Antonio D’Alfonso, draws the reader into this compelling tale set in a unique environment. 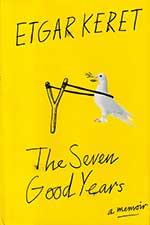 The absurdity of life reveals itself throughout this memoir through dark humor from the start, with the birth of Etgar Keret’s child on the day of a terrorist attack in Israel. Presenting these seven years of his life, Keret uses a humorous detachment to comment on the terrors of the situation in his country and ultimately conveys personal stories that every parent, son, daughter, or spouse can identify with. 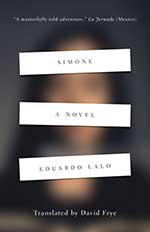 Although at turns a passionate love story and a political and social commentary on life in Puerto Rico, Eduardo Lalo’s Simone primarily concerns writing: the singular word that he uses as the first sentence of his novel. The sparse narrative unflinchingly depicts two lonely and uncertain lovers as they meet and try to make sense of their pains through writing. 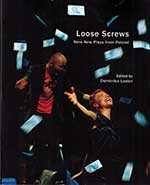 In her introduction to this collection of contemporary Polish plays, Dominika Laster delves into the history of Polish theater and its import for cultural and political commentary and formation of identity. These plays not only concern personal and universal subjects of relationships and interpersonal problems but also provide commentary on the modern world (particularly Polish society after communism) in inventive ways, with plays with sparse stage directions, unidentified characters, and neglect of linear plots. 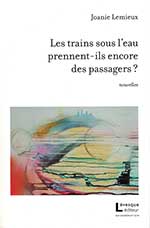 The diverse lives of ten women, each facing their own difficulties—such as a mother who has lost her son to suicide or a young woman who leaves her small village to find freedom in the big city—form this collection of short stories. Joanie Lemieux’s sensory images and dynamic dialogue bring her characters and situations to life and imbue her stories about women searching for more with emotional power. 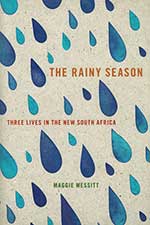 The Rainy Season: Three Lives in the New South Africa

The three interwined narratives of The Rainy Season are drawn from the author's extensive years of immersion journalism living in South Africa, interacting with the people and learning about their experiences after apartheid. The world of the book is a world in-between with influences of Western culture and tradition, but most of all it is real, as Maggie Messitt does not shy from difficult topics like AIDS and portrays these complicated lives with clear, frank prose. 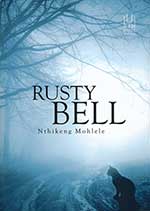 The narrator’s biweekly sessions with his therapist frame this novel as the corporate lawyer protagonist comes to terms with his past and privileged but discontented present. This unconventional story of talking cats, South African politics, and familial strife includes complicated portraits of real, struggling humans. 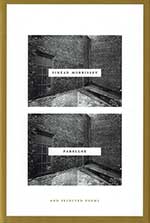 The unique metaphors around which Sinéad Morrissey constructs many of her poems also contain a classic character that remind one of metaphysical poets such as Donne when she examines how her hands are the only remaining representation of the union of her parents. She experiments with form and style, ranging from the highly lyrical to the prosaic, to tell stories and depict moments of life, often commenting on the poetic form itself. 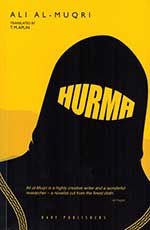 Hurma, meaning sanctity in Arabic, serves as the female protagonist of this novel, indicating immediately the paradoxical position of women in Yemen, where they are seen as sacred objects and as inferior beings. While discussing this controversial topic, Ali al-Muqri creates a real and psychologically complex character who defies the limitations of her name. 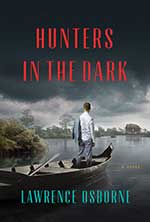 Hunters in the Dark

In this novel filled with clever surprises, Lawrence Osborne boldly examines questions of fate as the narrative’s strange chase unfolds. Centering on a schoolteacher who decides to escape his life by going “missing” in the Cambodian jungle and the events that happen because of this decision, the book frequently leaves the reader wondering what will happen next. 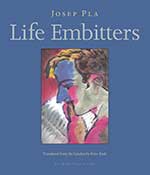 The Catalonian perspective, which is simultaneously European and separatist, offers a unique picture of Europe after World War I. This narrative of short stories, starting in a small village in Catalonia and sweeping across Europe to bigger cities, depicts the continent after it has experienced so much tragedy and death. With stories heavy on dialogue, Pla allows his fictional characters to speak and hopes to find truth in their experiences. 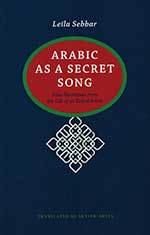 Arabic as a Secret Song

The question of how language shapes her experiences, relationships, and worldview sits at the center of Leïla Sebbar’s collection of autobiographical essays. She examines the problem of being in between two cultures (Algerian and French) with frank, emotional, personal accounts largely in the present tense so that the reader relives her memories with her. 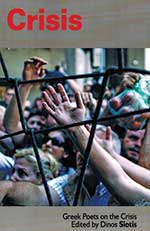 In the last few years, the idyllic image of Greece as a sunny, relaxing vacation spot perfect for summer holiday has been replaced by its association with the word crisis. This collection from contemporary poets engages in painting the reality of this crisis—economic, political, and social—in harsh yet beautiful images and language. The collection illustrates how art is not useless but even more necessary in times of strife. 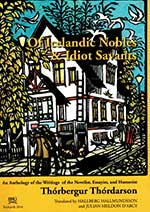 Of Icelandic Nobles and Idiot Savants

The quirks and humor of Thórbergur Thórdarson, who wrote in many genres, thread together this selection of diverse works compiled by two translators at different times and from different backgrounds yet both great admirers of the author. The collection of essays, stories, and selections from novels paints a portrait of Iceland, its people, and the author himself. 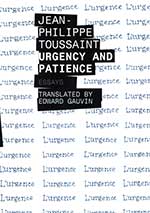 Jean-Philippe Toussaint shares his recommendations for the art of writing a novel in several short essays based on his experience as an author and a reader. Beginning with the very day he decided to become a writer, these essays do not contain simple clerical instruction, but he imbues them with his humor, evocative imagery, and imaginative perspective so that his vision of artistic development almost becomes a narrative itself. 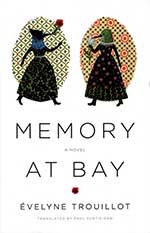 A young woman must care for the gravely ill widow of the dictator whose regime led to the death of her mother. Masterfully blending the historically inspired elements of the real-life Haitian dictator Papa Doc Duvalier and the fictional interactions between the two women, Évelyne Trouillot allows each woman the opportunity to alternately narrate her experience and pain. 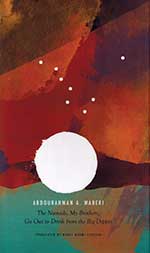 The Nomads, My Brothers, Go Out to Drink from the Big Dipper

Movement is essential to this collection of poetry as Abdourahman A. Waberi illustrates the landscape and life of Djibouti in his concise yet dense poems. He entitles one section “Caravan of Words,” implying that the poems are nomads themselves, moving and changing and being reinterpreted, which is very clear in the poet’s dynamic and vivid imagery and style. The poet satisfies a necessity in writing and communicates the importance of his art to the reader.