The Aviator by Eugene Vodolazkin 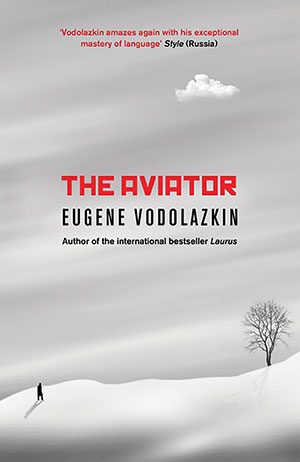 Eugene Vodolazkin’s engaging new novel opens with a mystery. The main character—Innokenty Petrovich Platonov—wakes up in a hospital ward in 1999 with no memory of who he is or how he came to be there. “Was he in an accident?” he asks. “One might say that,” the doctor answers carefully in response. Told that he must remember everything except his name and encouraged to use a journal to record the knowledge of his personal past that he recovers, Platonov begins a journey of self-discovery. Memories of the summer cottage life that defined his childhood, the death of his father, deprivation, arrests, and a terrible place of confinement in the far north return to him jumbled and out of sequence. Although he looks no more than thirty, he is, he gradually understands, as old as the century, a real Robinson Crusoe, cast ashore in a strange modern world that he does not understand and, as a result, feels fundamentally isolated from. And yet how exactly did he arrive in the post-Soviet era, transported apparently straight from the 1920s?

Those familiar with twentieth-century Russian history will delight in the swirl of memories that emerge over the course of the narrative. We clearly see places and moments in time that matter profoundly in Russian cultural memory, including Revolutionary and post-Revolutionary Petrograd and the Soviet Union’s most notorious early labor camp, Solovki. Platonov’s unique, temporally fractured biography gives him a broad perspective on Russian life: just as an aviator might survey an expanse from above, his memory arcs from the early Soviet period to the end of the twentieth century.

At its heart, The Aviator is a work of memory and forgetting that is about the hard work of knitting together and understanding a century in Russian history that seems in so many ways broken in its awfulness. What, the novel seems to ask us, is the connection between individual and collective memory? What matters more in our understanding of the past: major historical events or the small details of daily life such as sounds and smells that are so evocative of our personal experiences?

The Aviator has been ably translated by Lisa Hayden. The novel will hold special appeal for those with an interest in Russian history and for fans of literary mysteries.