Woman of the Ashes by Mia Couto 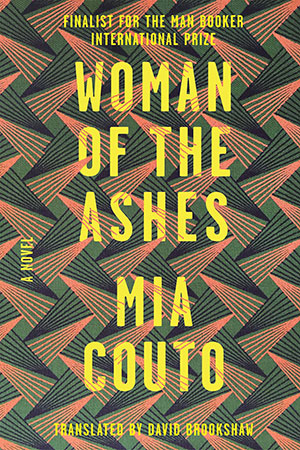 The first entry in a planned trilogy, Mia Couto’s Woman of the Ashes is a beautiful and grotesque force interweaving history with myth. At the turn of the nineteenth century, the Gaza province of Mozambique is drowned by a torrent of war. Imani, a fifteen-year-old girl, struggles with her cultural identity as she is torn between her VaChopi roots and the occupying Portuguese. Her life grows further fractured as her family is broken amid the conflict. Germano, a sergeant wrestling with guilt and grandeur, recalls his attempts to subdue one of the last African kingdoms while losing himself to an infectious madness.

Couto’s prose carries the weight of a creation story in nearly every passage. Bounding between the perspective of Imani and the correspondence of Germano, the former does seem to outweigh the latter in terms of intrigue, but both adequately build toward a narrative whole. Germano’s segments are compelling, illustrating the cascade from prestige to desperation to feverish visions. Imani’s sections, however, interweave spirituality with the plight of her family, injecting a cosmic relevance into a personal tale.

The characterization of Imani’s family is consistently the text’s most arresting aspect. For instance, the abrupt departure of the girl’s grandfather, Tsangatelo, to a distant mine spurs a legend that further animates the beliefs of her kin. Germano’s letters often provide a realistic frame to the prior passages but do so clinically to emphasize the sergeant’s distance. Couto is careful not to deflate or trivialize the rationale of Imani’s family in these chapters, though periodically Germano’s assessments come close to feeling unnecessary. Fortunately, the latter half of the character’s correspondence forgoes this trend, instead favoring his growing albeit tumultuous sympathy for the VaChopi.

Woman of the Ashes is a strong, independent piece, building a world on the verge of a cataclysmic transition. The tug-of-war between both Imani’s past and future lives is in constant flux and proves itself the catalyst for most of the novel’s action. The novel is just as concerned with cultural longevity as it is mortality, and the battle of both never strays far from the discourse itself. However, the nature of such a subject is both timeless and universal. The upheaval and assimilation of VaChopi parallels both the Syrian refugee crisis and the ongoing waves of urban decay spurred by gentrification within the US.

Couto has ensured the staying power of his imminent saga with Woman of the Ashes. Though the young heroine endures a myriad of challenges, the text’s independent strength is careful not to compromise anticipation for the subsequent episode and leaves room for Imani’s growth amid a new and twisted landscape.