Theory of Shadows by Paolo Maurensig 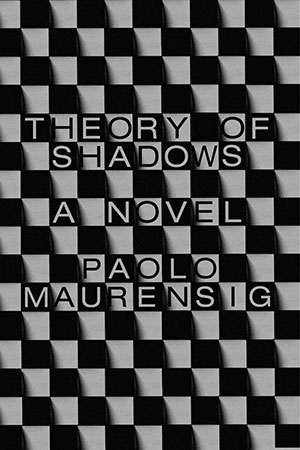 Paolo Maurensig’s Theory of Shadows uses the game of chess as a vehicle to meditate on the Holocaust. Its central character is the infamous Alexandrovich Alekhine, a grand master who collaborated with the Nazis. This novel of ideas opens in spring 1946, with Alekhine living at the Hotel do Parque in Estoril, Portugal, just as the Nuremberg trials in Germany have issued their first warrants. In his tense and fact-based mystery, Maurensig returns to his fascination with the relationship between chess and war he first explored in his celebrated The Luneberg Variation (1997).

In his framing prologue and epilogue, the author recounts his obsessive investigation of Alekhine’s death in April 1946. Traveling to Estoril to reconstruct Alekhine’s final days, Maurensig writes, “I like to think I am retracing his footsteps.” A waiter at the Hotel do Parque during the war claims there is an official version that leaves many questions still unanswered. No one even knows for certain where Alekhine is buried.

By presenting the story from Alekhine’s point of view, Maurensig allows readers to discover the many layers of his self-deception, including that chess is not political: “My adversary was on the chessboard, not in life.” He thinks his art exempts him from moral judgment. Only when he feels endangered does he confront his evasions, his impostures. He ignores the persecution of the Jews and does nothing to stop the violence. He attacks Jewish players in print and does not protect Jewish grand masters when he has the chance. Photographs of him with Josef Goebbels and Hans Frank surface. His dreams contain evil portents; he imagines interrogations. One night, in the middle of dinner, a stranger stares at him, drawing her index finger across her throat. In the brilliant darkness of his story, Maurensig investigates the cost of complicity with evil.