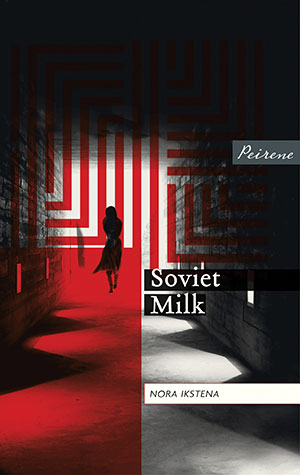 Every so often, you come across a book so beautiful that you ration the pages to extend it. Nora Ikstena’s Soviet Milk is most certainly one of these.

Set in Soviet-occupied Latvia, we encounter the two memorable voices of a nameless mother and her daughter. They tell their story in a simple language that elegantly reveals their conflicted emotions and frustrated ambitions. The mother is a promising gynecologist who, due to an unfortunate incident with an old soldier in St. Petersburg, has been banished to run an ambulatory center in rural Latvia. She is accompanied to the countryside by her daughter, who suffers the separation from her grandparents in the capital and, from a young age, assumes responsibility for her workaholic and sometimes suicidal mother. The pair meet other outcasts, such as the devout Russian Orthodox Christian, the hermaphrodite, and the dissident teacher, all of whom influence the women’s perception of the world they inhabit.

The atmospheric narrative infused with evocative imagery reflects both the physical state of Latvia under Soviet rule and the mental states of the protagonists. Bambi the hamster, whom the daughter keeps at her grandparents’ flat, looms like a premonition in the background throughout. Trapped in his cage, Bambi yearns for freedom, eats his own children, and ultimately gives up on life. The daughter’s relationship with her mother can be summed up in her astute realization, “My presence meant Bambi’s freedom.”

As the title suggests, milk emerges as an underpinning theme. The mother goes missing for several days immediately after her daughter’s birth for fear of poisoning her by breastfeeding. As a result, the daughter is unable to drink the milk provided to each child at school, symbolizing her fractured relationship with both her mother and the state. Unsurprisingly, she feels most at home with her grandparents, who remember and dream of a sovereign Latvia.

Nora Ikstena’s autofictional tale, courtesy of Magita Gailitis’s smooth and sensitive translation, allows us into the minds of two women for whom we feel an almost instant empathy and who will remain with us for a long time. Soviet Milk is the first in Peirene’s Home in Exile series; two additional titles are set to be released later this year.