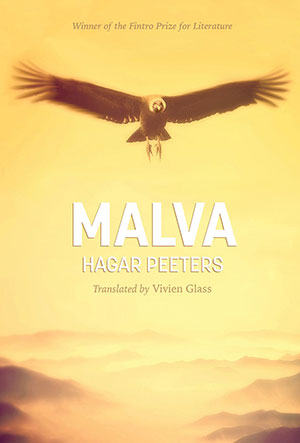 Malva, the debut work of Dutch poet-turned-novelist Hagar Peeters, had my commitment by page 6; for serious students of Chilean poet Pablo Neruda and his contemporaries, the courtship may be even briefer. Narrated by Neruda’s all-but-forgotten daughter, Malva Marina Trinidad, the book is as lush with speculative literary history as it is with lyrical prose, picking its way through the sticky webs of family dynamics and revolutionary politics with a focus on neglected figures that aims to outpace the accounts of “prejudiced biographers.”

Malva was born in 1934 to Neruda and his first wife, Marietje Hagenaar, with hydrocephalus, a then-untreatable condition that contributed to an early death at the age of eight. Though Neruda’s only child, she makes just a single fleeting appearance in his poetry. In this novel, Malva appeals to Peeters from an omniscient afterlife where she keeps the company of other children with disabilities hidden by their literary fathers while they were still alive (Daniel Miller and Lucia Joyce make an appearance). As Malva reclaims her father’s pen to tell her story of abandonment, the novel probes the question of how to make sense of Neruda’s political outspokenness in light of his silence on the subject of his own mute daughter,
revisiting his poetry to find where Malva might fit among all the omissions.

Malva is as much a triumphant meditation on disability as it is a fiercely revisionist biography. Often preoccupied with the question of how she and her deceased friends fit into the “natural,” Malva at one point launches into a beautiful defense of “us, the mutants, the semi-snouted, double-billed, triple-footed,” concluding, “We exist, all right. . . . We are the audience, the witnesses.” Another striking moment comes immediately after this as we find ourselves back on earth, watching an unexpected alliance form between Marietje and Neruda’s covert love interest at the moment. Regrettably, the dual setting dissolves as the book goes on, along with the narrative structure it could have added to the tenuous chronology of this wending cerebral journey.

Peeters misses no chance to show her poetic strength, a fact that is well preserved in Vivien Glass’s rich translations: “At barely twenty years of age, my mother had to wave goodbye to her cushy personal life, toodle-oo to tempo dulu, the good old days, gone before the rest of the colony even cottoned on, though some of the balustrades were already broken and the legs of the colonials’ rocking chairs getting rickety.”

If the narration is at times overprone to alliteration and triplicate description, we can chalk that up to Malva’s unique brand of irony and be glad, in the end, that we got to know her after all these years.