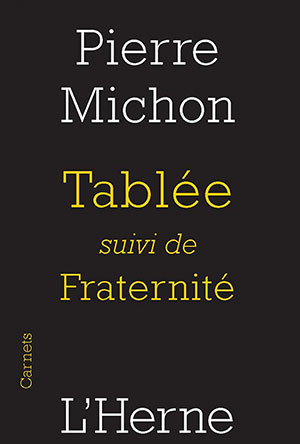 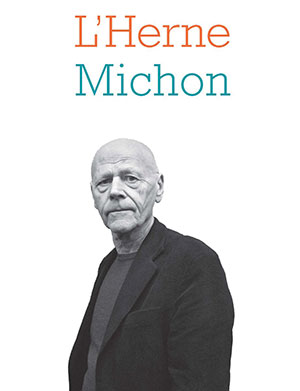 In the French literary world, publication in the Pléiade amounts to canonization of an author for the general reading public, furnishing authoritative texts with reams of scholarly apparatus. The tiny Paris publisher Editions de l’Herne similarly crowns various writers and thinkers within French academia with publication in selective “Cahiers” series. It is practically impossible to enter the Pléiade as a living author, but every so often an elder statesman might offer a small, unpublished text to Editions de l’Herne for publication in a small “carnet” and thereby raise the possibility of being published in a Cahier during their lifetimes.

This is the path Pierre Michon took. An author of small texts describing small lives, with each paragraph as chiseled as a classical sculpture, his small output has had an outsize influence on the contemporary literary landscape. As he often meditates on historical figures (as in Rimbaud the Son or Vie de Joseph Roulin) or on paintings as he notoriously did in The Eleven, it comes as no surprise that the two texts comprising the seventy-page carnet would focus on a Manet canvas cut in two, rewriting the stories of the people depicted therein (Tablée) and on the preliminary workings of a text on the painter Jacques-Louis David (Fraternité). To read these two is to glimpse the inimitable genius that breathes life into seemingly drab history. And to read the massive Cahier devoted to him is to understand just how immense a shadow he has cast. Fellow authors (Jean Echenoz, Maylis de Kerangal, Patrick Deville) pay homage; scholars (Patrick Boucheron, Dominique Viart) furnish new insights; even Michon’s English-language translator, Elizabeth Deshayes, chimes in with a discussion of the challenges that made Michon’s Small Lives so difficult for her and Jody Gladding to bring into English, and sumptuous excerpts of Michon’s own notebooks are set forth for any reader’s delectation.

In an era when authors are expected to be accessible, replying to tweets and orating at far-flung book festivals, this Cahier is a refreshingly different way to meet an author wholly on his own terms. An author famous for studying people, studying depictions, made the subject of such study: what better coronation could be wished for?